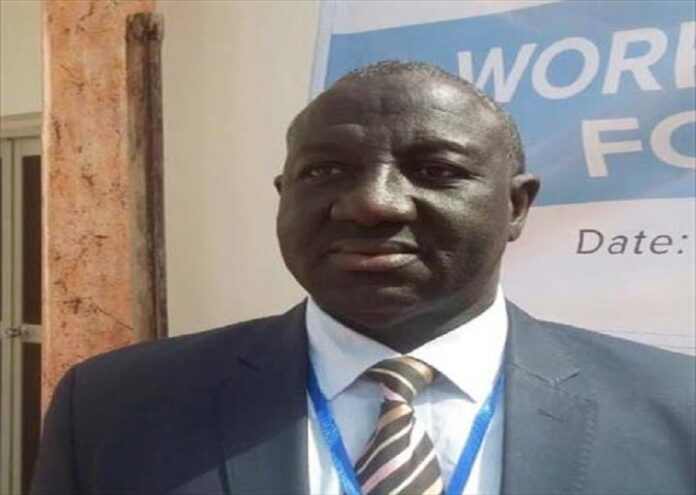 Ladies and Gentlemen Members of the Press.

Good morning and welcome to our press conference. Today, our aim is to update the public on the progress of our much-talked about Gambia Security Sector Reform (SSR) with valuable information.

And what exactly is SRR? Probably one of the most respected definitions of SSR is, I quote:

“A political and technical process of improving state and human security by making security provision, management and oversight more effective and more accountable, within a framework of democratic civilian control, rule of law and respect for human rights.” (United Nations SSR Perspective, September 2017).”

The objectives of The Gambian SSR include the establishment of civilian and democratic oversight mechanisms that guarantee non-occurrence of human rights violations by the security forces and, the development of a national security policy and strategy frameworks focusing on the security sector governance.

Under the stewardship of the Commander-In-Chief, His Excellency President Adama Barrow, a comprehensive assessment of the security sector was conducted with the support of our international development partners.

The Gambian national ownership of the SSR remains a core component of the results indicators that include the restoration of public trust and confidence in the security sector; respect for Human Rights and the Rule of Law in line with standard international best practices and, full subordination of efficient and effective security institutions to the democratic norms and civilian authority.

The milestones of the Security Sector Reform include but not limited to the following:

—Immediate end to authoritarian control of the security sector —End of oppressive security tactic e.g. reduction in checkpoints, patrolling, searches, arrests and use of force — Clear signs of an immediate change of mindset and behavior throughout the security sector towards democratic norms — ECOWAS’ Operation Restore Democracy’ arrived in The Gambia;

February 2019: Complete Handbook on Vetting: SSR Steering Group Chaired by the Vice President agreed on the need to vet the Security Forces;

May 2019: Minister of Justice appointed as Chair of the SSR Steering Group;

— Opening of the SIS Training Academy (to be shared with all the Security Agencies);

In 2020: The ONS expects to receive an additional staff, decentralization for the Regions and implementation of SSR at individual institutions.

So far, capacity-building workshops were held in these relevant areas:

Study tours on the experiences of Ghana, Sierra Leone and Kosovo were conducted for better comparative understanding of the real-life dynamics of SSR. Like The Gambia, these are countries that went through grave social and political upheavals at various times of their historical evolution and witnessed significant transformations from totalitarian dictatorships to fledgling democracies.

Currently, the National Defence and Internal Security Reform Strategies are being prepared for adoption; the Security Vetting Act is being drafted and training workshop on vetting in progress. This process has as its main target, the passing of the Vetting Act by the National Assembly, enactment of the Office of National Security, operationalization of the Vetting Agency and the development of a Counterterrorism strategy.

Mr. Chairman, Honourable Ministers and Distinguished Guests, Colleagues and Members of the Press, it is evident that The Government of His Excellency President Barrow has been engaged in a very serious and rigorous exercise to improve the lot of our security landscape. While enormous progress has been registered in this endeavour, we are not oblivious of the remaining challenges and we are ever determined to tackle them head on.

Considering the scale of the transitional task from autocratic rule to democracy, we are resolved that SSR is a must if we are to progress as a peaceful, stable, secure and civilized nation in the Twenty-First Century

I thank you for your ki

We, the undersigned Citizens of the Gambia, hereby express with grave concern the death by shooting of a compatriot Momodou Lamin Sisay by the...
Read more
- Advertisment -