The rubrics and rudiments of human resources 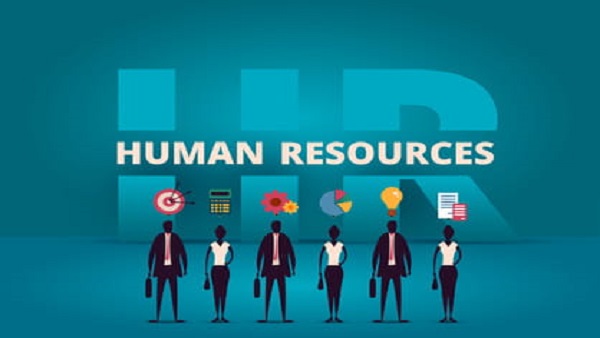 Often when you listen to government officials or other stakeholders speak at conferences on growth potentials in the Gambia or even elsewhere in Africa, the recurring theme you quickly capture in their speeches is that The Gambia has none or a very limited unexploited natural resource base.

That would indeed make sense if only they refer to the overwhelming lackluster behaviour towards nurturing and exploiting the natural resources we have — or perhaps — the ineptitude to even recognize them. But even whereas these perceptions are inadequate, I assume the depth and breath of their reach, almost certainly, uncharged our mettle to explore, calibrate or even stratify those areas that need study to identify means of growth from that which they offer and to know what is feasible and not in our natural resource aggregate. It might interest you to know that unfortunately as Gambians, contempt is a well engrained ideology in our philosophy. Just find out.

Studies have shown that even among corporate leaders,unraveling the puzzle on the what’s and what’s not of Human Resources-as it were-remain an intricate problem not to mention the ordinary masses in employment. But even whereas different understandings exist on the rubrics and rudiments of human resources, the basics remain the same. Human Resources like many other resource is natural, can be exploited and harnessed, can be refined into different finished products, can be traded in the world market for something beneficial i.e. cash and finally it can be used to develop institutions, organizations and nations worldwide. THAT IS INTERESTING, ISN’T IT? Recently during a lecture I delivered on “The Importance of Human Resources to National Development, I made very clear the fact that Human resources is the most important of all natural resources and one that is inevitably essential in the usage of all other resources be they artificial or natural.

Decisively, a nation or an organization can develop, sustain its growth and successfully undertake progressive transformation with only a competent human resource base at its disposal. Whereas an institution with all other natural and artificial resources devoid of human resources cannot develop, talk less of sustaining growth or successfully undertaking progressive transformation. In short, an efficient human resource is a panacea to the deficiency of all other resources in an institution or a state.

Now looking at definitions, Human Resources can simply be explained as the knowledge, skills and abilities inherent in individuals. It is the conglomeration of the person’s cognitive, emotional and physical abilities that make up the self in us. They represent the outcomes of the activities we undertake using our heart, mind and body to actualize a vision.

However, when we talk about People Management, it is not the remote control system of command and control, which is both negative and exploitative. It is negative because that approach is based on power abuse and lacks consensual spirit. The Fabric of People Management is derived from logic; using the intellect to elicit the resources embedded in people for progressive use. This is most important for all leaders to understand particularly those in the underdeveloped world because as Peter Drucker puts it, “individuals become human resources by virtue of the roles they assume in organizations?. Another argument worth considering is that some scholars are of the notion that attitude is one factor that heavily influences human capabilities and because of that relationship especially as it relates to output, specialists like Schuler, Townley and Ahmed argued that attitude, should in fact be considered as part of human resource.

Now to delineate why Human Resources is a natural resource, it is axiomatic that resources are considered natural or artificial by virtue of their origin and in any case, what emanates from God and man, for developmental use. The water, minerals, precious stones and metals that we utilize everyday emanate from the earth and that is why they are considered natural resources.

The earth is God’s finished product; its substances are therefore natural. Likewise, the talents, skills and abilities embedded in humans are natural because humans form part of nature. Humans are God’s finished product; its resources are therefore natural. In effect, both the earth and humans are God’s creation which implies that anything from them is purely natural. Perhaps the only distinction between these two types of resources is that while the earth’s resources are tangible, human resources are intangible. However, the utility of both kinds of natural resources maximizes when appropriately refined and processed, using advanced mechanisms to achieve the desired results for which they are intended. Interestingly, because nature is, by itself, interdependent in a cycle of continuous propensity, these two sets of natural resources are to a great degree dependent on each other in a predatory symbiosis. Man needs mother earth and the earth needs man. What cannot be contested is that human resources have a completely different feature and charm that characterize it’s uniqueness in expediency and value, and that rare alteration is what ultimately gave the human yield its greatest strength.

In the exploit of resources in many underdeveloped countries including the Gambia especially when it comes to strategic planning processes and engendering growth, attentions are hugely focused on organizational strategies or policies and prescriptions as growth hormones as opposed to personal capabilities within our setups. It is true that policies and programs are indeed great tools for growth; regrettably researches have shown that focusing on them heavily promises a greater percentage of failure than success. That does not mean there is a problem with the tools. No, there is not.

The problem however is with the usage of the tools. When you leave out the most important element in the planning process, inevitably there will be a planning gap, which will continue to undermine the strategy and eventually lead to failure. This vicious cycle in planning and implementation continues to inhibit organizations even after research made clear facts that managers overlook people’s capabilities as the organization’s most important tool. We will be very foolish to think that we can make inroads in our management practices without effectively utilizing the human intellect. Some tough guy corporate leaders think that to avoid failure you have to be rough and that means using threats to see that things work. WRONG!,….. It wouldn’t work, it never has and it never will. The command and control system is best suited for the steel driven; the robot industries for God’s sake. Embrace humanity and develop human skills. We need human managers!

Some managers also try to play smart by using the human face as a pretext to deceive. This is a common practice in the banking industry where the young female face is used as a bait. Business with the human face is not enough; it should be accompanied by the human skills in the form of emotional intelligence and relationship. That is what human capital utilization is all about; the nucleus of management. The adage “Our people are our asset” has proven to be the best approach to progressive corporate governance. In today’s turbulent business environment, what we need most is to invoke the human skills in order to become competitive. The War for Talents is straining the western hemisphere because they know what talent means. Fortunately for Africa, the population is not only youthful and trainable but most interestingly, most of our youth have great gifts that only await harnessing to offer the much required benefits for our development. For those already skilled personnel, it is time to judiciously exploit them to help our organizations and countries rise. Compensating enough for their services and availing them the most conducive environment to operate, is one effective strategy to sustain them. That is paramount if we do not want them to run away soon.

To conclude, I would like to stress that for those who believe in luck, please note that in corporate governance, there is no such thing as luck or silver bullet or magic formula. The only guarantee of success is clever strategies implemented by competent people. More importantly you need to build your people and allow the people build the business, not the other way round. Allow them think at the level of detail and depth to figure out solutions. Management scholars have identified three fundamental skills which are critical for each and every manager in employment and they are: (a) Technical skills (b) Cognitive skills and (c) Human Skills. Our organizations need managers equipped with all these skills especially the human skills which is a must for those directly dealing with or, in charge of people. Our relationship with our staff should manifest through humanity and emphatism and not through belligerence or paranoia as the case is with most of our incompetent managers. Institutions need humane managers who know what a talent is, how to use talents and how to retain talents in the progressive interest of the organization.

Alhaji Abubakar Darbo is a Human Resources Specialist, An Associate of the Chartered Institute for Personnel and Development (CIPD), aLecturer at the University of the Gambia and the Management Development Institute,and arenowned broadcast journalist. He earned his BSc. in Political Science and International Studies from the University of the Gambia and MA (Merit) in Human Resource Management from the Coventry University in the UK. He currently serves as Director of Administrative and Human Resources at the Gambia Radio and Television Services. Mr Darbois a motivational speaker and has won much recognition including the national MRG award. Mr. Darbo could be reached on [email protected]