The wrong Individuals are in charge of Security Sector Reform 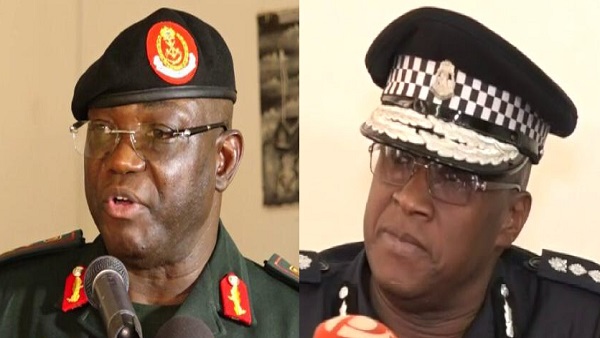 You can tell a lot about the seriousness of someone from their utterances.

When it is both possible and necessary for someone to be direct but they instead choose to deliberately send unclear messages, it is a demonstration of either incompetence and lack of taking seriously their responsibility.

This is what the National Security Adviser, Mr. Momodou Badjie, showed us this week.

In an article in the Chronicle, Mr. Badjie went into a useless equivocation by telling us that “…what the Gambia Armed Forces needs is right-sizing, not downsizing”.

This should be a major red flag.

It is not clear if Mr. Badjie is trying to desperately sound sophisticated by needlessly employing an empty phrase.

At this point in time, there are some things we know for certain that should not be in doubt. One of those is that the size of the Gambia Armed Forces is significantly bloated and unnecessarily so.

To refuse to admit an immediate implication of this fact is a clear demonstration of this man’s lack of fitness for his current role as the National Security Adviser.

To make clear how remarkably oversized our military is, consider the budget allocation for 2019. The budget for the military was 727 million dalasis for 2019 alone.

As a percentage of our GDP, we spend significantly more than similar countries in the sub-region such as Cape Verde, Sierra Leone and Liberia.

This represents a serious misallocation of resources for a poor country like The Gambia with so many development challenges and unmet needs.

The main reason for such a high recurrent budget is that our military has grown too big under Jammeh, with around 7000 soldiers in the armed forces.

There is no possible way a proper reform would result in any “right-sizing” of the military that does not entail significant reduction in size.

In fact, size reduction is just a first step in terms of action.

There should be no reason why Mr. Badjie cannot simply state that downsizing is needed.

If Mr. Badjie and his team are currently entertaining even the possibility of maintaining – or God forbid – increasing the size of the military, he is not only unsuitable for this role, but he is a danger to the country’s long-term security and development.

It demonstrates that the likes of Mr. Badjie, who had their formative careers in the military under Jammeh, are incapable of envisioning a future that charts a drastic departure from what they are accustomed to.

Mr. Badjie comment’s also reveal why it was a major mistake to have a former army officer leading the security sector reform in a new Gambia.

In fact, the security sector assessment review conducted earlier pointed to internal security as the major threat to the country.

Even the few external threats identified in that report such as terrorism or transnational crime are best addressed with strengthened internal law enforcement security units rather than the military.

Protecting the territorial integrity of the country against external aggression is important but it is no more a greater challenge today than it was at any point in time over the past 5 decades.

On the other hand, internal security is a major challenge today for the country for several reasons.

This prevented the allocation of resources and training to the police.

As a result, we have today a poorly trained and ill-equipped police force that continues to struggle in discharging its duties.

As a consequence, the Gambian police today are more likely to violate the rights of citizens than maintaining law and order.

And as recent events have shown, our police are woefully unprepared to deal appropriately with large-scale protests.

This inability to appropriately handle large scale protests that should be commonplace in a democracy is a serious threat to the country’s budding democracy.

To add to the above problem, crimes such as robberies and break-ins into homes and businesses seem to be on the rise.

A major factor in this is the recognition that the police are underfunded and incapable of doing their basic job.

As a consequence, a dangerous misconception is now gaining currency that without a “strongman” like Jammeh in power, there cannot be order.

The underlying problem behind the lack of progress in security sector reforms has been the lack of individuals who really understand the country’s actual security challenge.

The right individuals need to officials who can demonstrate not only to the government but also to the Gambian people that they understand what the country’s security needs are so that the right course can be charted.

Since his appointment, Mr. Badjie has never made any pronouncements that demonstrate that he understands the problem and could therefore be an effective leader to head a process that will result in actual reforms.

What we have been hearing from him over the past 2 years has been one empty bromide after another.

To buttress this point, one will be hard-pressed to point out any real effects on the ground in the area of security reforms.

The continuous refrain on consultations by Mr. Badjie and other officials only shows that these individuals are only following process without giving careful thought to the actual substance of security reforms.

There is nothing wrong with carrying out consultation, and they are necessary. But even as one engages in consultations, there are actions that need to be taken in the meantime whose effects should be felt on the ground.

So far, there has been none. What this means is that Security Sector Strategy document can be produced and it will not lead to significant effects on the ground because the failure will be in implementation.

Without the right individuals with the requisite capacities, policy and strategy documents are nothing but pieces of paper.

Ousman Gajigo is an economist. He has held positions with the African Development Bank, the UN, the World Bank and Columbia University.