TRRC gets pens designed in its name 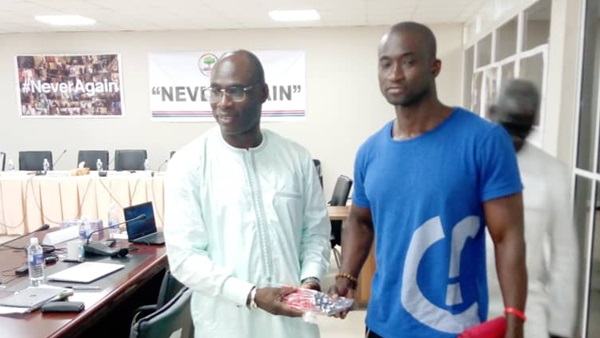 The Truth Commission has been presented with over 50 red-coloured pens with the inscriptions ‘TRRC The Gambia’.

The writing implements were donated to the TRRC by one Buba Ceesay, a Gambian based in Sweden.

Ceesay said he designed the pens purposely for the Truth Commission.

He said it was his contribution to aid the Commission realise its objectives.

TRRC Lead Counsel Essa Faal received and applauded the gesture, saying it’s one of the things the commission needs.

He said the TRRC was happy that Gambians were participating in its affairs by donating materials designed specifically for it.

He called it an indication that citizens are appreciative of the work of the Truth Commission.

The Truth Commission was established by an act of parliament to present a detailed account and extent of human rights violations committed under the 22-year-one-man misrule of former president Yahya Jammeh.

Faal used the occasion to call on people to come forward and give any relevant information that might be of help to the work of the TRRC.

“People can also help even in the area of say T-Shirts by inscribing on them the “Never Again Slogan,”” he appealed. 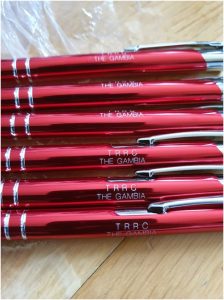