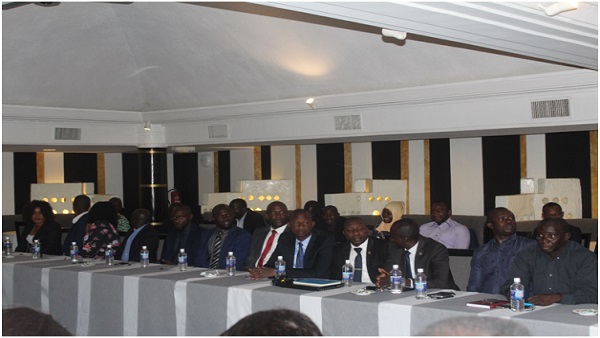 Turkish government has organised a training for dozens of Gambian protocol officers ahead of the much-anticipated Organisation of Islamic Cooperation Summit in November this year. The 58 participants also include security and media officers.
The three-day training was conducted by three Turkish protocol officers led by Emre Zeki Karagol, deputy director general of protocol at Turkish Foreign Affairs, Yigithan Ozden and Turgay Dagistanli
The Turkish ambassador, Ismail Sefa Yuceer said Turkey as the current chair of the OIC is determine to help The Gambia hold a successful OIC summit.

“OIC is one of the greatest events in the world… We are ready to share our experience with our Gambian brothers so that this event will be a success,” he said.
The lead trainer Emre Zeki Karagol, deputy director general of protocol at Turkish Foreign Affairs said: “My friends and I have realised close to 18 different summits. We are here to share our experiences. We will share our mistakes so that you do not repeat those.”
Meanwhile, the permanent secretary at The Gambia’s foreign ministry, Salimatta Touray, said the training “could not have come at a better time” giving the fact that the OIC summit is increasingly emerging closer.

“We are heading for OIC summit and we want Gambia to do the best. Our protocol is still young so I will urge the participants to take advantage of this training,” she added.
Turkey has been instrumental in strengthening Gambia’s readiness in several areas as it prepares to host the OIC. Since 2017, Turkey has held several trainings for the country’s security forces, particularly the police.
Last week, 30 Gambian police officers were trained by two Turkish police officers on statement and interview analysis.