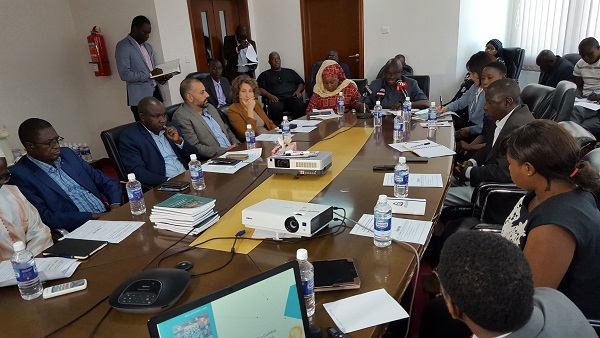 Sheikh Abdullah also welcomed Retno Lestari Priansari Marsudi, Minister for Foreign Affairs of Indonesia and Robert Dussey, Minister of Foreign Affairs, Cooperation and African Integration of Togo.
Sheikh Abdullah welcomed the OIC foreign ministers and emphasised the UAE’s keenness to strengthen ties in all fields with their respective countries.
He said the CFM’s 46th session witnessed fruitful discussions that will contribute to opening new avenues for cooperation among the OIC members states.

The ministers thanked the UAE for its warm hospitality and expressed their confidence that as Chair of the current CFM session, the UAE provided tremendous support to enable the OIC to deliver its mandate.
Meanwhile, Sheikh Abdullah and the Surinamese minister of foreign affairs signed a Memorandum of Understanding, MoU, regarding the political consultations between the two countries and another MoU on cooperation between the Emirates Diplomatic Academy and Suriname Diplomatic Institute (SDI).