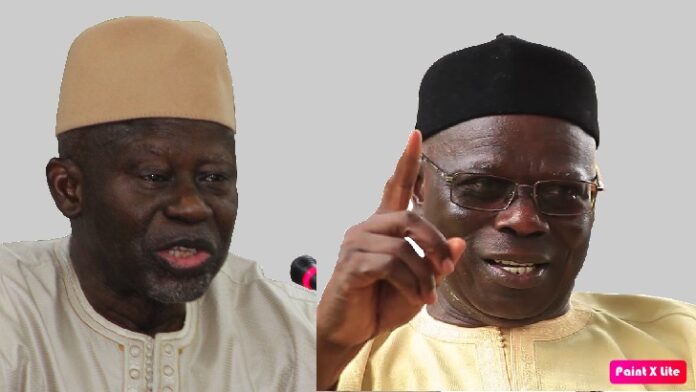 Gambia For All Party and the United Democratic Party have condemned Tourism Minister Hamat Bah’s much criticised tribal comments.

Minister Bah made the comment during a political gathering at the State House on Saturday where he warned Gambians to vote against the ‘rats’.

In a statement, the GFA said: “It feels like deja-vu A la Jammeh. Gambians fought an epic struggle against dictator Yaya Jammeh to bring back sanity and national unity in our once harmonious republic. Here we are again witnessing state encouraged bigotry, and malicious verbal vandalism rearing its ugly head. It is observed with deep regret, that such inflammatory language disrespectful of Gambian citizens, is uttered by none other than a Secretary of State, from a podium erected at the most respected institutions in the country, the people’s state house, and in plain view or hearing of the Head of state. People should be reminded that civilized societies not only have laws against driving under the influence ‘DUI’, but there are also laws against speech under the influence ‘SUI’ calculated to cause communal disharmony.

The good people of the Gambia have endured a lot in the last 23 years and are trying to heal. Transitional instruments have been set up to foster nation building and national reconciliation, and that includes a comprehensive security reform.

If the minister suddenly feels so aggrieved by what he describes as tribal profiling, the right thing befitting his status as a Cabinet minister is to direct that complaint to his Cabinet colleague, the minister of the Interior, to mount an investigation into a practice many Gambians will find abhorrent.

The Gambia for All (GFA) strongly believes in the unfettered rights of all Gambians to live in peace with dignity, and free from all forms of discrimination. At the same time, we will condemn any attempt by any entity that tries to put pressure on our hard-working security forces for political gain.

Gambians are proud of the ethnic harmony that exists in the country before, and since independence; any attempt to disrupt that for political gain is doomed to fail.”

“UDP is deeply disappointed that the State House: a symbol of national unity and sovereignty of the Gambia which is maintained by Gambian Tax payers’ money is now a partisan stomping ground where the President and his acolytes congregate to waste scarce natural resources in the time of COVID19. UDP is concerned that under President Adama Barrow, a Cabinet Minster can stand at a political rally and make serious allegations about systemic discrimination against a Gambian community without a shred of evidence”.