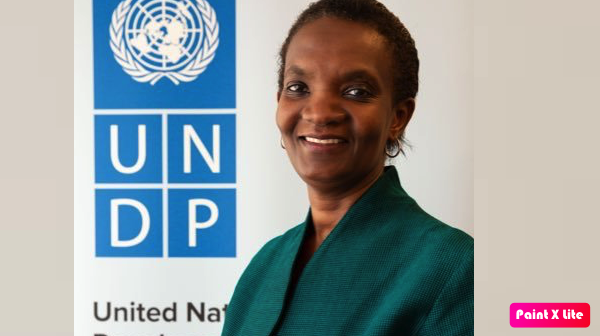 The UNDP Resident Representative has called on Gambians to shun issues that tend to promote ‘divisive politics’ and embrace peaceful processes based on commonality.

Aissata De said ideals that are common to The Gambia are aspirations for peace, stability and harmony, urging each and every Gambian to work to safeguard these epitomes.

She said: “It is important for the youths to understand these values and to cultivate them and to foster them. This is the moment when those values are fundamental to have peaceful processes that are not based on any divisive background.”

The Resident Representative was speaking on the sidelines of a signing ceremony at the IEC between her office and the Election House.

Titled ‘Support to the electoral Cycle and Democratic Processes in The Gambia,’ the UNDP-funded project seeks to promote transparency in the upcoming electoral process, the promotion of inclusive participation to strengthen the credibility of the elections, and accountability and dialogue and coordination mechanisms of conflict prevention of election-related violence.

Addressing the gathering, Madam De said the UNDP has also provided support for civil and voter education ahead of the Niamina West Constituency and Kerr Jarga Ward by-elections, “including awareness raising on the planned voter registration exercise expected to commence in 2021”.

Nuha Touray, Secretary General and Head of the Civil Service, thanked the UNDP and praised the integrity of The Gambia’s electoral process, saying it transcends the voting process itself.

He said the assurance of political rights and civil liberties such as freedom of association and of the press, are all ensuring an open, free and fair process.

However, the SG added: “Inasmuch as these rights are given, they go hand in glove with duties and responsibilities from both the electorate and the participating political parties. An open, free and fair election cannot take place in an atmosphere of electoral violence either before, during or after the votes are cast.”