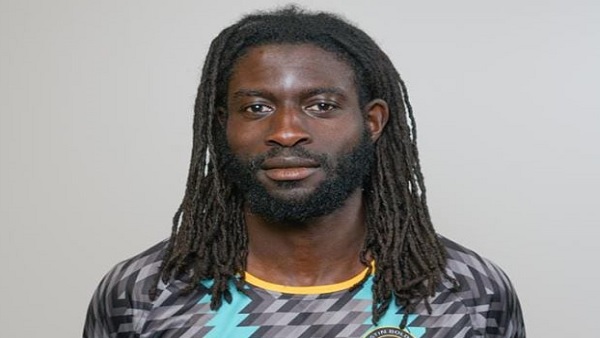 At age 6, he moved to the United States with his family where he attended school at Brooklyn Centre, Minnesota. He did his high school at the Prairie Seeds Academy, where he was named the 2012 Minnesota State High School Soccer Coaches Association’s “Mr. Soccer” in his senior year.

Despite his flourishing talent in football, Ish, as he is fondly called, joined the University of California in Santa Barbara, where he played college football between 2013 and 15, and was named ‘Freshman of the year’ in 2013 after scoring 2 goals in 21 games for the team, with 7 assists.

He continued that feat in subsequent years before pursuing a professional career with Minnesota United in 2016 having also played for Ventura County and the Portland Timbers U23 sides at college.

Jome played two seasons at Minnesota, playing mainly as a winger and made 21 appearances in the two seasons starting with the Loons before moving to MLS (Major Soccer League) side Nashville SC in 2018, where he featured 18 times before joining Colorado Springs Switchbacks in 2019.

He made 34 appearances for the Colorado-based side in second tier USL Championship season last season, scoring 4 goals and making seven assists as a left back, which earned him a place in the USL Championship team of the week on three separate occasions.
In January 2020, the 25-year-old full-back joined Texas side Austin Bold, making a 10 minute debut against New Mexico United on March 8th, which they won 1-0 at home.
The Austin manager Roberto Silva described him as a great addition to his side.
“Ismaila Jome is a great addition to the roster for our second season,” Manager Silva told his club’s website.

The manager added:“He possesses all the qualities you want for a left-back, a strong defensive base mixed with attack-minded qualities. Having both MLS and USL Championship experience will help Jome quickly integrate into our current squad. We are excited to have him be a part of The Bold organisation.”

The versatile Ismaila is definitely a player on the rise and has been listed among the ‘players to watch’ this season in the USL. He is fast and quick-footed and travels well on the overlap, which is a great attribute for modern full-backs and his assist tally of 7 last season shows he can produce the right deliveries in the final third.

In 2016 he was listed in Four Four Two’s Eleven Young NASL Players to Watch list, in which he was described “a left-sided player with good attacking instincts and plenty of versatility.”
Ish is yet to play international football for neither the US nor The Gambia, and he is eligible to represent either of them at international level. However he could be a great addition as an understudy for Pa Modou Jagne in the Gambian squad if considered in the future. And with his versatility he can also offer options as a winger.