Was the bribing of government officials the cause of the cement crisis? 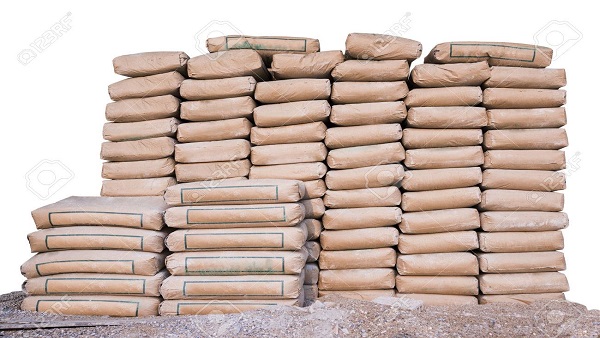 It has been several weeks now since the government decided to favour connected big businesses at the expense of small-scale enterprises and Gambian consumers. These favoured big businesses are those that import cement in bulk and bagged it locally. To protect these rich and well-connected businesses, the government decided to impose import duties on small importers that import bagged cement.

So far, the Ministry of Finance have cowardly refused to reveal to the public the real reason for putting this burden on small businesses. People are naturally left with a major question: how much were the relevant government officials bribed by these big businesses that benefit from this new policy?
We are left with this question because the government’s stated reason for this new policy is laughably false and easily discredited. The government claimed that the new policy is designed to protect the local cement industry. But there is no local cement industry – all the players are importers. The only difference among these importers is their sizes. This fact is so obvious to everyone that it is insulting to the collective intelligence of the country if the Ministry of Finance officials expect us to believe this lie.

The fact is that all the bulk importers such as GACEM, Jah Oil (Tiger) and Salam import cement that is already manufactured or processed in other countries. The only activity they do within the Gambia is to put them in individual bags. This is not different from what most shopkeepers in Gambia do here daily. For instance, most shopkeepers would buy vegetable oil in large volumes and sell them in small quantities.
You do not have to take the information from me. A few years ago, the Gambia Competition and Consumer Protection Commission (GCCPC) published a study where they stated that there is no cement manufacturing and that the above major companies import cement in bulk and bag it.

The adverse effects of this terrible policy have been acutely hitting lots of ordinary people. The price of cement in most rural areas have now exceeded D300 per 50kg bag. Since its imposition, cement scarcity has been frequent. The profits of small-scale businesses have been squeezed to a point that some of them are contemplating leaving the sector. In the meantime, the protected big businessmen do not even have the capacity to supply the whole country, hence the frequent shortages.

One cannot have anything positive to say about this new policy. Since there is no processing industry to protect, the only beneficiaries have been the pockets of the owners of the 3 big importers (GACEM, Jah Oil and Salam) who already account for a majority of the market and were already highly profitable. This means that their investments or the jobs they created were never in jeopardy, and therefore did not need any protection. And since they do not have the capacity to supply the whole country, it was clear that an import duty would only cause price to go up and increase their profit. And there has been no positive consumer welfare effect from this policy.

As in other cases, President Barrow has demonstrated his inability to surround himself with people with the relevant expertise to give him good advice. He alone bears ultimate responsibility for this fiasco. Can someone please remind us why, of all Jammeh’s former ministers, why Barrow to appoint the likes of Mambury Njie to such important positions?
The Cement Importers Association of The Gambia should start protesting in front of the Ministry of Finance and GRA offices to publicize their plight. With some of the affected victims directly in their face, it is my hope that even a Mambury-led Ministry of Finance would not contemptuously ignore the effects of this terrible policy. I hope that Mambury Njie, as the head of the Ministry of Finance, will consider very carefully his utterances on this matter, and give us a truthful version.