What Next? As Coalition Meet Again 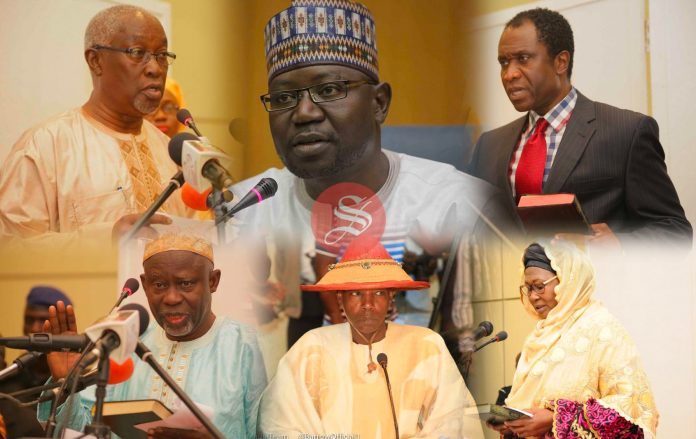 The survival meeting for Coalition 2016 will continue today at Kairaba Beach Hotel amid uncertainty over the level of commitment of some key players to this new process called to reconcile as well as discuss the controversial MoU, which states a three-year transition.
Soon after the 2016 election, the leaders of both UDP and GMC had disagreed with that position, stating that the President should serve five years since it is not in disagreement with the constitution. Others such as PDOIS have said the President would earn more respect by sticking to the agreement since the constitution is not against a president resigning. PPP leader at the time Omar Jallow had categorically stated the coalition must obey the MoU and nothing else.

Two years on, the Coalition is even more split now than ever. Barrow has vowed never to contact anyone on whether he should serve three or five years and has since sacked prominent members of the coalition from his cabinet.
So the announced meeting, coordinated by Fotoumata Jallow-Tambajang, comes at a time when many observers consider the coalition dead and buried.

However Madame Jallow is hopeful that they will reconcile and agree on something, a full five-year term for the president being the likeliest outcome.
Though Madame Tambajang would not say much on Saturday’s meeting, The Standard discovered that most party leaders did not attend and that PDOIS was not even represented.

However a source close to the Coalition said PDOIS has now been formally written to about the meeting but it is not clear if they will attend. Our source further stated that it is likely that most parties will agree for the president to serve a full five-year term but it is not clear if the president would seek a second term, which is the bone of contention between him and most critics.

Our source said the meeting was able to reconnect the stakeholders who discussed matters such as the coalition funds but the main ingredient in the agenda, the MoU was reserved for today’s meeting when all stakeholders are expected to attend.