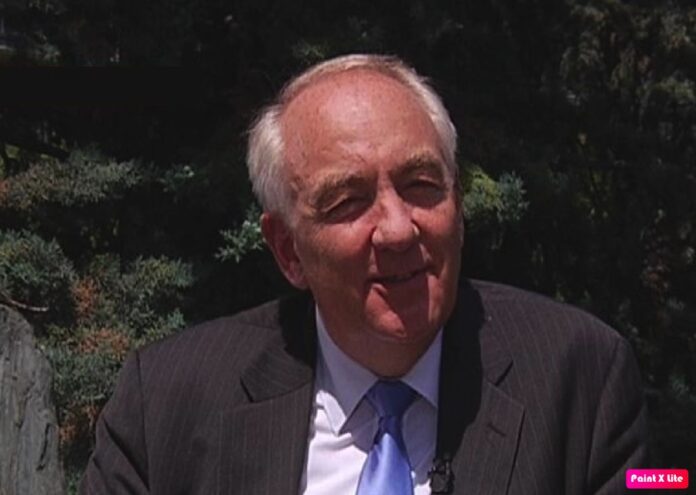 Once again thanks to our mental slaves and shameless Uncle Toms that jobless-white wanderers like American lawyer Stephen J. Rapp possibly in desperate need of income or job would have the nerve to come here and prescribe legal measures on how Gambians can arrest, prosecute and convict former president Yahya Jammeh on genocide or crimes against humanity. We have been told that nothing of such atrocities ever happened on Jammeh’s watch and it hurts to always see aimless and useless white Americans, the most conflicted humans nowadays trying to divide rather than unite poor black nations. Did anyone ever wondered why these hypocrites have never appeared in black skins? It’s simple. Because our mental slaves know that they can never market their BS to civil rights icons like Reverend Al Sharpton, Professor Cornel West and our other brilliant black American brethren with sanitized legal minds and genuine love for Africa who could have sincerely guided us better in these trying times than these devil-reincarnates.

I cannot and will not attempt to trivialize Stephan’s past achievements of playing crucial roles in the 1994 Criminal Tribunal of the Rwandan genocide where he supposedly assisted the Chief Prosecutor Hassan Jallow (our current Chief Justice) and also his role in the so-called “Hybrid Court” of Sierra Leone he claims to have successfully masterminded resulting in the apprehension and conviction of former Liberian warlord Charles Taylor. Good for him.

And his appointment by the US government as Ambassador-at-large for war crimes in 1997 to bring focus in American foreign policy the “twin imperative of enabling the prevention of war crimes and ensuring accountability for atrocities committed around the world”.

He was essentially to “coordinate the deployment of a range of diplomatic, legal, economic, military, and intelligence tools to help expose the truth, judge those responsible, protect and assist victims, enable reconciliation and consolidate the rule of law”.

So I guess Mr. Rapp’s commitment to still fulfill those global imperatives brought him to our shores as Gambia’s case stands more urgent than any other nation’s in the world.

I don’t want to sound cynical by saying that his former boss Chief Justice Hassan Jallow encouraged him to come to the Gambia and perhaps try his luck of securing a contract with the Barrow government if he could pull off a fast one of convincing Brother Adama to entrust him with the arrest and prosecution of ex-president Yahya Jammeh. But for Jallow to disregard the tacit declaration of the ICC that former President Jammeh’s case was not remotely similar to that of Charles Taylor’s and that the Gambian head of state had never committed any adverse crimes of serious magnitude to warrant his trial in any international court of law seems too murky for my appreciation. Obviously, that alone was sufficient to stop this white American zealot from coming to Banjul to pursue his hidden intentions. I had also expected Chief Justice Jallow to have familiarized his buddy Stephen with our 1997 constitution, still the law of the land he serves as chief justice, that indemnified the AFPRC government of any excesses from 1994 to 1997; but again, it was right before the eyes Mr. Jallow when that constitution was openly transgressed by Essa Faal and Baa Tambadou that still indefinitely detains ex-junta member Yankuba Touray for allegedly committing a crime within that very 1994-1997 statute-of limitation. So was Rapp kept in the dark about all these facts or was it simply a matter of advising the white man to ignore legalities, ethics and whatever and just come and try his luck? However as self-appointed watchdogs, I deem it duty bound to identify and expose these con-artists.

It’s my personal deduction that any con-artist, foreign or domestic, black or white having no conscience or ethical standards will easily be emboldened by the servitude of our own renegades.

But if Chief Justice Hassan Jallow really wanted to play it right, I think he would have discouraged his assistant Mr Rapp from ever coming to the Gambia to wage a crusade against former President Jammeh and his government, unless he wanted to help in escalating the political and ethnic polarization in the country that had started and getting worse since 2017.

I have, as expected, noticed some low IQ Gambian activists and journalists all hyped up about the prospect of an “ American legendary prosecutor” who would finally hunt, capture and convict Jammeh of crimes against humanity or on genocide that will never be substantiated.

Why not before Stephen Rapp embarks in his crusade start explaining what active and preventive measures he had ever taken against the systematic racism perpetrated by members of his race in the USA under a bias justice system virtually licensing white cops to frequently murder helpless and harmless black people like in cases of the George Floyds of today and the Amadou Diallos of yesterday? If those atrocities don’t fit his taxonomy of crimes against humanity given their ever empirical evidence of gross inhumanity, what then was his measuring barometer to validate the lynching of Jammeh by a white American?

Stephen may indeed pretend not to even notice the existential threat to America’s democracy and stability posed by the notorious KKK, Proud Boys and other active racist-white-supremacy militia groups in the USA, terrorizing everybody and striving for a race war to cleanse the nation of nonwhites.

I am saying that America’s war crimes and potential volatility with a population of over 330 million should have been a greater priority to White-Stephen’s battle for global peace and justice than relatively insignificant Gambia with a tiny population of less than 2 million black people.

That said, one aught to ask what the hell this white jackass is trying to tell us about our internal affairs in the middle of a world calamity now wrecking more havoc in his native land, America than anywhere else in the world? But oh, I forgot, the loser tried his luck in politics twice and failed when he contested to be elected to the US House of Representative for Iowa’s 3rd Congressional District but was defeated in both elections by Charles Grassley. His own homies viewed him as politically undesirable; but he now believes that the grief-stricken Gambia due to clueless amateurs entrusted with running its state affairs couldn’t afford him a better opportunity as a useless ‘toubab’ to salvage what is left of his battered legacy.

However, as typical of his breed, he very well knows that Africa is still peopled by Judases and mental slaves whose boundless level of inferiority complex towards caucasians could arm him with the wherewithal or foundation to Lynch any targetable nigger. He has been meeting some these drudges who probably promised him every support to achieve his nefarious objective. White “Satans” like Stephen Rapp will have no regrets in igniting the flames of civil war in poor African nations. That’s what they are good at when they expire from the limelight.

His proposal of a hybrid court to the excitement of our low IQ activists as the last option to orchestrate the arrest and prosecution of former President Jammeh that he attributes to his efforts to ultimately arrest, prosecute and convict ex-Liberian warlord Charles Taylor merely goes to confirm the slavish mentality of our African leaders. Because the deal that convinced Charles Taylor in 2003 to give-up up power in Liberia for permanent peace after a long genocidal war was brokered by then President Thabo Mbeki of South Africa and President Olusegun Obasanjo of Nigeria, overseen by the late UN Secretary General Kofi Annan, the AU and ECOWAS. It was dubbed the peace-deal of the decade initiated and successfully achieved by African leaders and organization for the first. Taylor had miraculously agreed to all the conditions laid, among which was, upon his acceptance of the peace accord that he would be given a lifetime sanctuary and financial support in Nigeria.

For three year, from 2003 to 2006, the whole deal seemed well executed and indeed very successful.

But with the instigation of white-Lucifers like Stephen Rapp at a time when America and England were discovered to have misled the world into an illegal genocidal war in Iraq, George Bush, the biggest war criminal at the time ironically laid a precondition of meeting President Obasanjo then visiting the USA to the abrogation of their sacred international treaty and the immediate arrest of Taylor for the war crimes he had committed in Liberia’s Civil war. Obasanjo yielded. That was in 2006, three years after peace and stability was finally restored in Liberia. Even the Liberian government and people were no longer interested in pursuing Taylor for any crimes.

But both Obasanjo and Mbeki succumbed to the white man’s pressure and of course destroyed their best continental accomplishment that should have been a future peace template in negotiating and settling African’s pervasive civil wars.

On a final note, I think the Barrow government should be mindful of these monsters masqueraded as saints before they set the country on fire and run back to their countries. Unfortunately, it is our Gambian judases who usually encourage them in their nonsense but we all know that what happened in Liberian under Charles Taylor did not at all happened in the Gambia under Yahya Jammeh.

Let’s listen to what the ICC had said that Jammeh did nothing seriously wrong to be prosecuted at any international court of law; forget about the knuckleheads burying their heads in the sand, for they know not the instability they are yearning for.

If there is a need for a meaningful Hybrid Court to pursue the arrest and persecution of war criminals, Stephan J. Rapp will do mankind a better favor of redirecting his energy and resources to nab George Bush and Tony Blair the emperors of genocide and crimes against humanity.

Let this white sucker remove his knee from the neck of this black nation’s internal affairs.

- Advertisement -
Share
Facebook
Twitter
Pinterest
WhatsApp
Previous articleHer Excellency, the Vice President of the Republic of The Gambia speech on the occasion of the International day for disaster reduction 2020 THEME: “Target (e): Substantially increase the number of countries with national and local disaster risk reduction strategies by 2020”
Next articleGambian club in Sweden promoted to Fourth Division
Join The Conversation