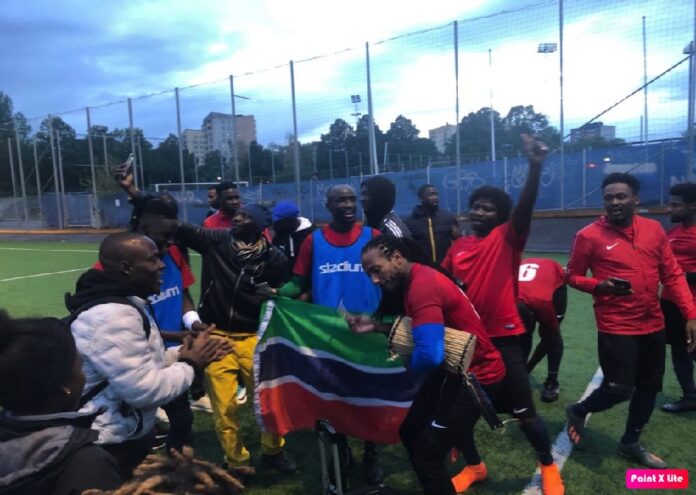 The team, which was established by Gambians in Stockholm, finished the season with 25 points, winning eight matches, losing two and drawing only one,

“It was a very hard season but we have managed to put ourselves through the line. We have to prepare now and start working as early as tomorrow. We feel proud to lead this path, this victory and team is for the Gambian community in Sweden,” said Gibou Cherry, a prolific goal scorer in the team. The technical head of the team, Baba Touray said the rise of the team from Division Seven to Four is remarkable and a big achievement.

Aziz Corr, a senior player of the team said the success should make all Gambians in Stockholm and back home proud.

Demba Jagne, a former U17 and U23 player and the current head coach of the team, congratulated the players, management and fans.

“I would like to applaud every individual that has thrown his/her support and continues to back us,” he added.