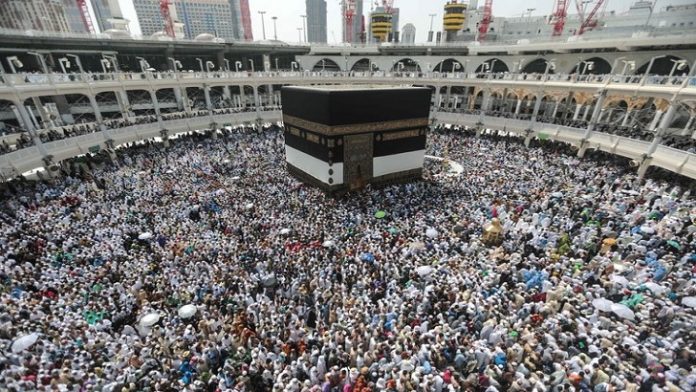 A total of 1700 Gambian pilgrims will leave for Saudi Arabia commencing tomorrow when over 400 GIA clients will fly out.

According to the National Hajj Commission, which is responsible for the country’s hajj affairs, 20 officials will be flown with the pilgrims to help them perform the hajj effectively.

On the allocation of number of pilgrims for each carrier, the Hajj Commission revealed that the GIA is flying 445, Banjul travel 427, Tivaouane travel 240, Orbit travel 137, Travel Express 205, Jambo travels 123 and Amana travels 123.

The Haji Commission advised intending pilgrims to comply with all directions and procedures for a successful hajj.

Meanwhile the Haji Commission’s secretary Foday Sambou Ceesay has clarified that there have been issues with the involvement of Gambian student volunteers in Saudi who come each year to help Gambian pilgrims on voluntary basis.

“The capacity given to the Gambia is 1700 pilgrims and if we want to go beyond that, it creates problems for our pilgrims because there are procedures governing hajj guides.

And again it would be unfair to allow people not catered to join and eat the food and occupy the beds of the pilgrims who have spent huge sums of money for their hajj rites.

In fact, we even experienced food shortages last year because only 1700 were catered for but we ended up having 1900 people there; that is why the Saudi authorities declared they will not accept the volunteers this year”, he said.

Mr Ceesay said the Saudi authorities have now recommended the provision of special tents for the students outside Mina where they will not join the Gambian pilgrims and another separate one for their beds which they have to pay and this money goes to the Saudi authorities and not the commission.