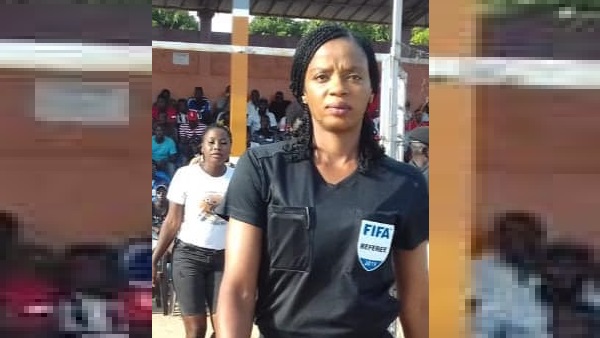 Isatou will perform as central referee while Abie will be an assistant.
The two Gambians started their assignments yesterday in the Guinea versus Senegal match with Isatou Touray serving as referee, assisted by Abie Ceesay, Nafisatou Yekini Shitou from Benin and Edoh Kendedji from Togo.

Isatou began her trade in 2011 as an amateur at the local level where she horned her skills to eventually become an eye catching potential.

Isatou, who is also an Assistant Superintendent of Immigration and officer commanding Bakau Immigration post pursued a career in refereeing rising to officiate in the country’s premier female league and other GFF women’s football matches until she bagged her Fifa accreditation badge in 2015.

Similarly, Assistant Referee Abie Ceesay is a lieutenant in the Gambia Armed Forces and is among 9 Assistant refs in the tournament. Abie began her career with the flag in July 2008 and held on until 2012 when she received her Fifa insignia as an international Assistant Referee.

Both Isatou and Abie have had a couple of matches in Caf women competitions and are in fact, scheduled to take charge of the Fifa U17 Women’s qualifier in between Morocco and Botswana in March in Rabat.