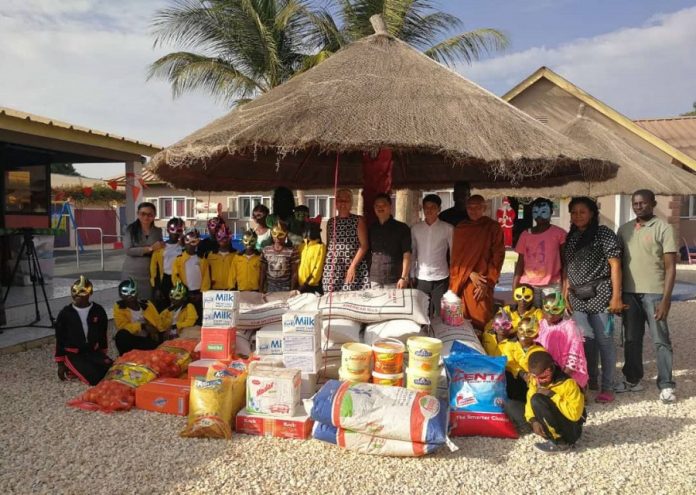 <![CDATA[<img class="wp-image-49781 size-thumbnail alignleft" src="https://159.65.29.99/wp-content/uploads/2019/01/Untitled-150x150.jpg" alt="" width="150" height="150" /> By Juldeh Njie The Gambia’s Ambassador -at- large, Tan Sri Dr Aixinjueluo Yuhao, over the weekend donated food items to Sinchu Orphanage. The donated items, which include 20 bags of rice,3 bags of onion, potatoes, containers of mayonnaise, butter, chocolates, cartons of milk powder, 20 litre cooking oil and others, were estimated to cost sixty thousand dalasi. Speaking at the event, Ambassador Yuhao said the donation is his first intervention since his appointment and it was designed to support underprivileged children as we mark the year 2019. He also reaffirms his recurrent support to the orphanage and The Gambia at large. “I will continue to support Gambians especially children because Gambia is my country”, ambassador Yuhao said. Sia Jongeneel, chairperson of the Orphanage, said she has been engaged in voluntary activities for years but she wasn’t ‘satisfied’ with her progress. For the love of country, she said she decided to open an orphanage because there were only two registered orphanages in the country. “This means a lot to us,” she said about the donation. “Our problem is when people visit or see our orphanage in TV they will think that we don’t need anything but it is very difficult to maintain because we want standards”. She thanked the donors for the ‘surprise gift’ adding that “we intend to 30 children a carefree home, so they can grow into balanced adults with a positive vision for the future. There are currently 25 children living in the orphanage.”]]>