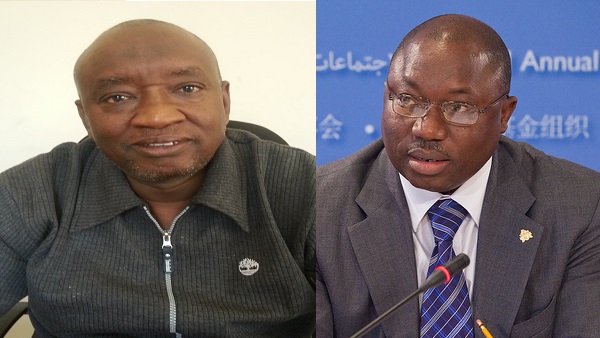 The National Assembly yesterday approved the revised excise tax levied on alcoholic beverages. The new measures now bring down the tax from 75 to 35%.

The Gambia’s only brewery Banjul Breweries has been at the fore front of efforts to revise the tax which they say has threatened to kill their investment and hundreds of direct and indirect Gambian jobs.

The new levy would also reduce the tax on spirit and wine from 60% to 40%.

The Assembly unanimously approved the motion tabled by the minister of Finance and Economic affairs Mamburay Njie and it is set to come into effect Thursday.

The 75% increase was part of the policy proposal imbedded in the 2019 appropriation bill approved by the parliament in January 2019 as a tax reform measure.

The Brewery complained the reform has put them at a huge competitive disadvantage that is disastrous to their business, and threatens to close operations after laying off some staff.
Finance Minister Njie informed the assembly that government is sensitive to the plight of its citizens and would not press ahead with policies that have negative consequences on the lives of the citizens.

He said the increase came with its own challenges and it is unrealistic for implementation since it “continues to create challenges in the industry.”

According to the minister, the excise tax introduced in January 2019, was no way an intended target of a specific sector, but rather propelled by a growing need to initiate social safety net for the youth from the negative effects of alcohol abuse due to lower price.

“Road safety over the years has largely been compromised by drink-driving mostly by the youth,” he said.

Reaction
Meanwhile the country sales manager of the Banjul Breweries, Borri Darboe who was present at the assembly during the session, said the revision is welcoming but it is not what they expected.

“We were looking forward to bringing it to 25% because that would have helped us to recover but 35% is still not good although we have to accept it that way,” Darboe stressed.

Asked if the redundant staff are coming back, Darboe said that is up to the management to decide, ‘because this measure is still stiff’.

Is 4 years of President Adama Barrow deserving of commemoration or...

January 28, 2021
By Pa Louis Sambou The fourth anniversary of the Barrow Presidency, unlike the previous three, appeared to have been accorded a much greater degree of...

With our remarkable history in food self-sufficiency, we ought to do better