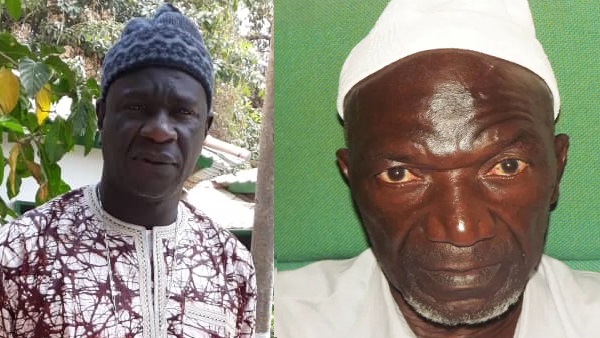 Mr Suruwa Wawa Jaiteh has filed a suit at the high court in Banjul challenging the appointment of Mr Dodou Bojang as the alkalo of Bakau.
Mr Jaiteh, a former permanent secretary at the Ministry of Agriculture, is the younger brother of the former alkalo of the coastal town, Alhaji Luntang Jaiteh who died a few months ago.

Mr Dodou Bojang, the custodian of Bakau’s sacred crocodile pool at Katchikally, previously served as alkalo of the town after President Jammeh removed Luntang Jaiteh, before reinstating him.

Mr Bojang, 61, was appointed the new alkalo at the end of January by the local government minister. But following the announcement, Mr Jaiteh who was also vying for the alkaloship cried foul claiming Bojang and his supporters used fraudulent means to get him appointed. They petitioned the Kanifing Municipal Council and the ministry and accused officials at the municipal office of complot and failure to perform due diligence on the yard owners lists submitted by the nominating camps.

But officials of both the KMC and the Ministry of Local Government wrote back rejecting the allegations and said Mr Bojang’s appointment was “legit”.
Now Mr Jaiteh has gone to the high court and is asking for Mr Bojang to be declared as a person not fit for appointment as alkalo of Bakau.

He is also asking the court to determine and declare that the process of Mr Bojang’s nomination and endorsement “was not in compliance with the mandatory requirements for one to be eligible for consideration to be appointed as alkalo of Bakau” as the nomination of was “faulted with fraud”.

He is further seeking a high court order to nullify the act of the Minister of Local Government appointing Dodou Bojang as alkalo of Bakau.
Suruwa Wawa Jaiteh is also asking the high court to determine and declare that the Minister of Local Government be ordered to declare and appoint him as the alkalo of Bakau.
The matter is set for mention on March 16th, 2020 before Justice Ebrima Ba Jaiteh of the High Court in Banjul.