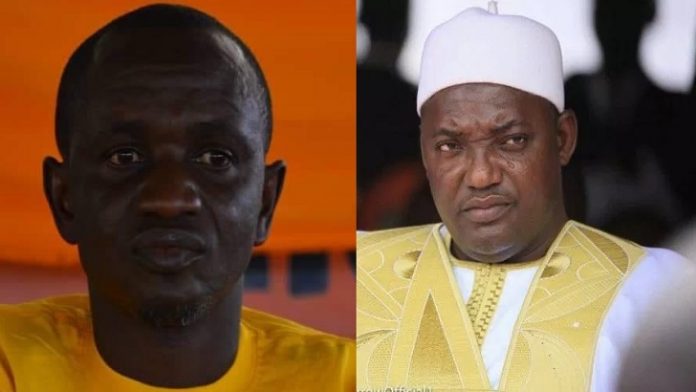 The National Assembly Member for Brikama North Constituency has described the sacking of the UDP leader and two minsters from the coalition government as daylight cheating, unless they are peplaced with other UDP members.
Alhagie Darboe, who was addressing a UDP rally in Bundung Saturday, further explained that according to the coalition arrangement each party in the coalition has a share in the government and even whereas the President may have the power to fire and hire, he must always ensure that each coalition party is represented in the government.

“Unlike most people who call this betrayal, the issue is broad daylight robbery of the rights of the UDP. Our party is in fact the largest member of the coalition and the one that facilitated Barrow’s presidency. I want to challenge Mr Barrow to form his own party and test his popularity today by resigning and seek reelection and see if he can win,” Mr Darboe said.

According to the Brikama North NAM, the only confusion in The Gambia today which is also the bone of contention between the UDP and Mr Barrow is that instead of concentrating on transitional agenda, the president is politicking for a second term.
“The Gambian people are interested in the coalition government pursuing a transitional agenda that will restore good governance and rights, hence the TRRC, CRC among others. But all these institutions and their works would be nothing when their missions and objectives clash with the President’s desire and ambition to stay in power.  For example today, the people who conspired to destroy this country under Yahya Jammeh are the people going in and out of State House, reducing the whole country’s struggle against tyranny to zero.”

“How can Gambians reconcile if those who caused anger and pain through killings for 22 years are rewarded? How can we forgive?”
The meeting was organized by Hon Bakary Njie of Bundung constituency and attended by deputy leader Aja Mariam Secka, Lamin N Dibba, Amadou Sanneh, Talib Ahmed Bensouda among others.