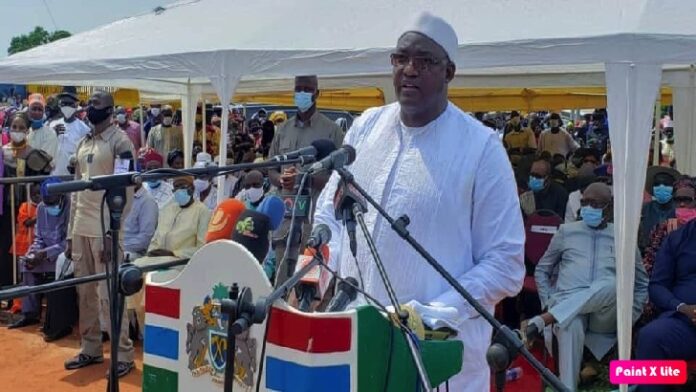 President Adama Barrow has accused the media of bias, especially when it comes to coverage of his development projects.

Speaking at a meeting in Brikama-Ba ,CRR, in his ongoing meet the people’s tour, the president accused those in the mainstream media of failing to meet the standards of accurate and impartial journalism on matters relating to his government’s development programmes.

“We know that some of these people are activists but masquerading as newspapers to disseminate their news. But I want to tell them that this government does not need any favours from them but the least we expect is that they should also inform Gambians with accurate information about the ongoing works we are doing.

“A good citizen must love his or her country and do everything to defend it and that is the direction expected from all of us,” Barrow added.

He said it was as a result of the “scanty media attention” to government’s development projects that the Barrow Media Empowerment, NPP TV and NPP Bantaba Kachaa outlets have been established to accurately inform Gambians about the government’s policies and ongoing programmes.