‘BARROW COULD STAY FOR 20 YEARS UNLESS’ 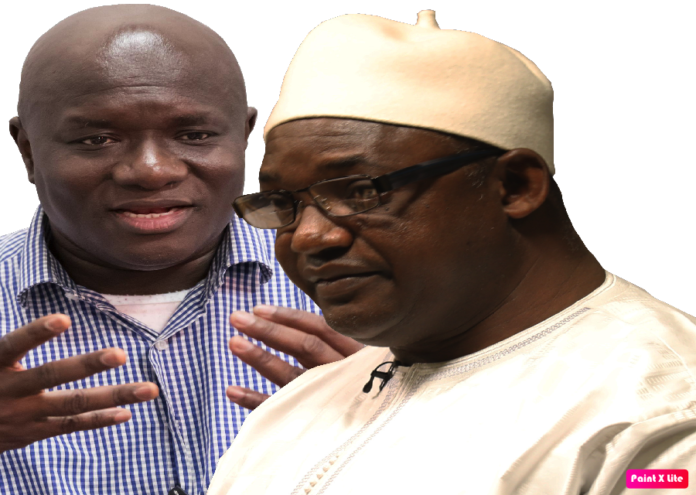 Madi Jobarteh, a Gambian activist and political commentator has warned opposition parties and civil society organisations that they would be making a grave error if they allow the presidential election to be held this December in the absence of a new constitution.

“The civil society and political parties should take the constitutional process very seriously to avoid taking any chances. If not, we will get to December without a constitution and who can guarantee that there will be change in December? If there is no change, [with the status quo] Barrow will be heading for 10 to 20 years. There would be a future impasse coming again, “he said.

Jobarteh made these remarks at a dialogue forum of politicians and CSOs on the 2020 draft constitution and the future of democracy in The Gambia. The forum held at the International Conference Centre was organised by the Centre for Research and Policy Development.

He said the country’s political parties and civil society should organise themselves and take “a position now before it is too late”.

“As civil society organisations and political parties, if we see the country’s interest being derailed by few individuals we should mobilise and take swift actions,” Jobarteh said.

The UDP spokesperson, Almami Taal, observed: “We need historical consciousness in this country to understand the problems that we have. If we do not call out the people who have caused these problems, we will just be beating about the bush.”

The representative of the Supreme Council, Sheikh Hama Jaiteh, said the continued “intellectualisation” of the constitutional crisis will eventually result in some form of “rationalisation”.

“Retroactivity of the constitution is a reflection of a conquered mindset because there are certain concerns that were raised by both the Muslim and Christian community which were never addressed. I think we have reached a time when actions should speak louder than words,” he argued.

The representative of the National People’s Party, Seedy Njie, said the president is “fully committed” to delivering a constitution before December.

“As a party, we are committed to Goodluck Jonathan’s initiative. I urged all political parties including the civil society to give it a chance,” he said.

“We need to encourage all-inclusiveness to achieve consensus on the draft. We must not irritate those who voted against the draft because they also have reasons whether genuine or not,” he advised.