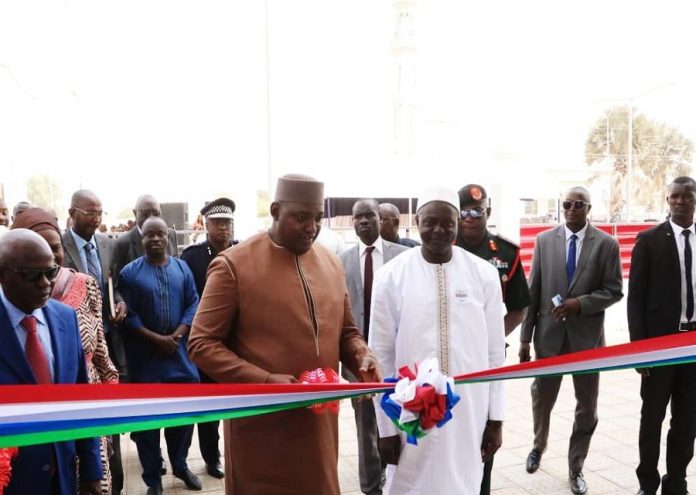 President Adama Barrow has said that his government is determined to strengthen the National Audit Office to foster efficiency and effectiveness in public administration.
He made these remarks yesterday at the inauguration of the D82, 863.00 complex along Bertil Harding highway in Kanifing.

“This is a fundamental feature in any democratic system that seeks to promote accountability and good governance, and it serves to protect and maintain the integrity of Government and the public sector,” President Barrow said.
He said it is only through such checks and balances that they can deliver public service for public satisfaction.
He said in order to be effective and efficient, public institutions and the personnel that serve in them must operate in environments that allow for maximum performance and productivity.

President Barrow further said that as a pillar of his Government’s development agenda, good governance needs to be appreciated
He said that the NDP portrays the emphasis his Government places on providing suitable sector policies.
“I believe strongly that the attitude and commitment of individuals in public institutions contribute to determining how taxpayers benefit from the services delivered by public servants,” he stressed.

He said the building that is funded by the Gambia government, has been built to create conducive and adequate space for the staff to work professionally and with confidence.
“It carries public trust to facilitate accountability of the Executive to the Legislature. In other words, the NAO has the special role of enhancing proper financial management and governance for the realization of the NDP goals,” he noted.