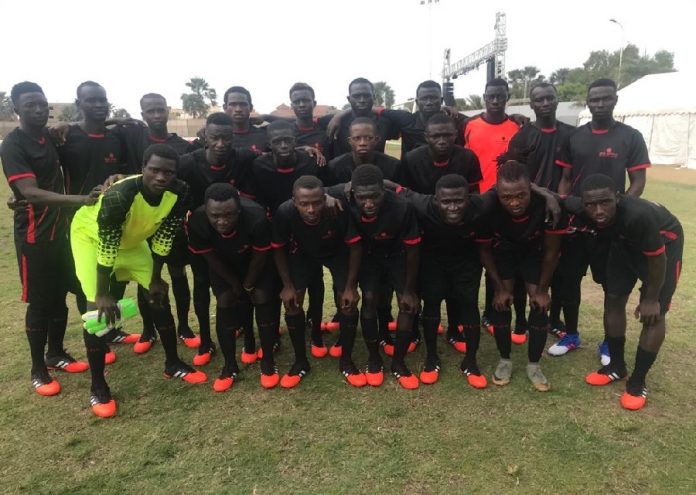 Yusuf said he is delighted to be associated with theteam and felt proud to promote youths and sports in the country.
He promised to support the team to any level as a corporate responsibility that he owes to the community and the country at large.

Karamo Alasana Camara an official of the team, thanked the Big Apple management for the good will gesture to the boys of Brufut.
He said the materials will help the team’s confidence. Mr. Camara advised the team to take good care of the brand new kits.

Sheriff Bah, who served as a technical director of Big Apple FC gave the vote of thanks. He thanked the CEO of Big Apple Lounge for the gesture and he promised that his players are ready to give their best in any competition they are involved in.
The Big Apple Executive Lounge is located on the Senegambia road and popular for its night life, food, seminars and executive lounge.