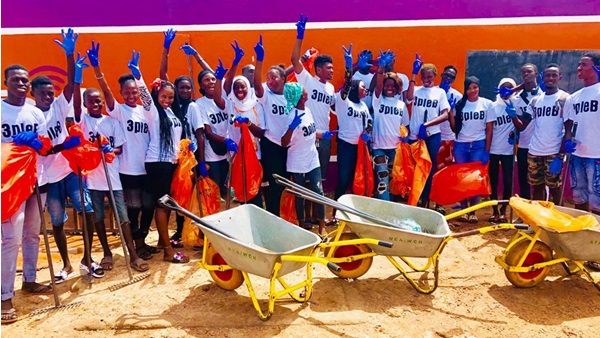 More than 200 youths in Brikama recently embarked on a cleansing exercise at the Brikama market and highway.

Muhammed Darboe, CEO of 3 pleB, the organisers of the exercise, said as natives, they felt the need to embark on such exercises to keep their town clean and tidy.

“As youths we have to engage in things like this to help our communities.

We cannot depend on the government to do everything. As an organisation, this is our first time engaging in such activities.

We are hoping to do more of the same in future,” he said.

Saying that a clean environment is a healthy environment, Darboe added: “Our aim is to go beyond cleaning the streets of Brikama. We want to contribute our quota in national development as youths of the nation.”

Darboe also talked briefly about the organisation’s plans for the future.

“We have plans to visit hospitals and orphanages.”

Kalilu Mbye, secretary general of the movement, said the organisation seeks to unite the youths of Brikama to interact and socialise amongst themselves.

“We also believe that for people to live a healthy life, they must live in a clean environment.

This is why we conducted this cleansing exercise,” he stated.

Bakary Cham, public relations officer of 3 pleB, said during the rainy season the market is filled with dirt which is not healthy.

Speakers Sajor Joof and Alagie Jabbie both praised 3 pleB for the foresight.