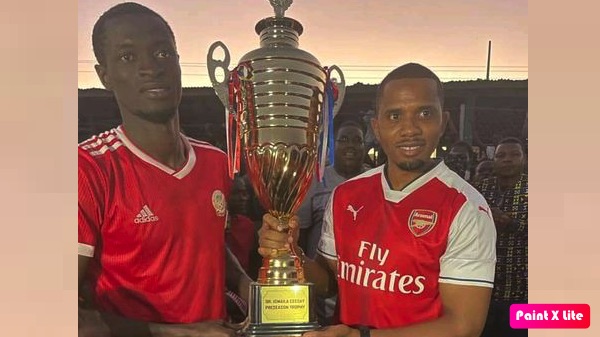 The leader of the Citizens’ Alliance (CA) Dr. Ismaila Ceesay has said that if elected, a CA government will invest in sports, including providing professional training for coaches in different sports to enable them to tap and open up the potentials in young people, adding that sports once developed is natural resources.

The CA leader was speaking to The Standard after attending a very organised and massively attended final between Brikama United FC and Berewuleng in a pre-season tournament named after him. The Dr. Ismaila Ceesay Trophy attracted a keen competition culminating into the epic final between the town’s first division team Brikama UTD and the most organised local team Berewuleng FC, played in the Brikama mini-stadium on Saturday.

Dr Ceesay further revealed that his party’s plan for sports in The Gambia will focus on providing adequate funding and facilities.

“We will invest in sports especially grassroots sports because one of the best resources of The Gambia is its human resource.  There are a lot of talents in young people so we have to invest in them and refine their talent to make it useful to the country in terms of enriching our leagues and national teams as well as exporting sports men and women to Europe as stars and not illegal immigrants.”

The CA’s standard bearer said in order to achieve this, his party will come up with a new national sport policy that will target all what it takes to bring about excellence in sports, through superior technical training of the technicians.

Ceesay who comes from Brikama himself, said he is proud to have been honored by the organisers and thanked them for naming the trophy after him which he said has nothing to do with politics since he is very much part of Brikama.

In the Brikama United, a former champion of the national league, beat Berewuleng 2-0. Ebrima Badjie and Ebou Kanteh scoring for the town’s giant. The tourmanent was organised by the Brikama Sports Committee and competed among teams in the West Coast Region who are in the first, second, and third divisions of the GFF league.