Coalition Break-up: Do not despair. It is a blessing! 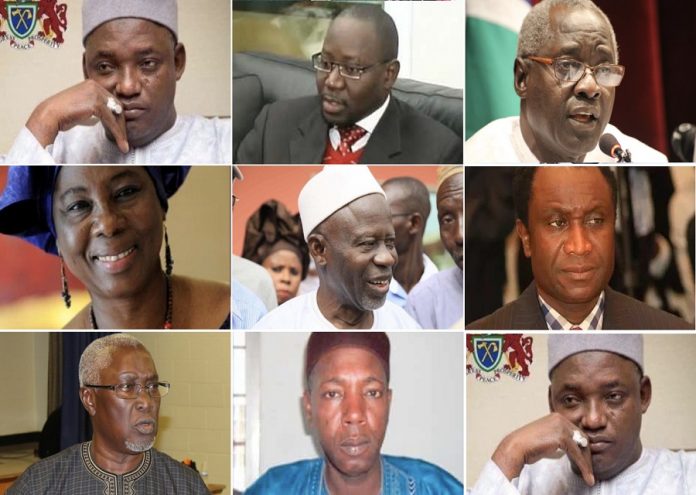 There is a general feeling that the Coalition has broken up, and therefore many are expressing disappointment and even threatening not to vote. If anyone is disappointed then one is yet to understand the workings of multiparty politics in a democracy. In the first place, this Coalition was not created in the Qur’an or Bible. Rather it was formed by men and women from diverse political parties whom we know for the most part had spent the past 20 years bickering among each other. So why should anyone be surprised today by what happens between them?
The fact is that our political parties and leaders do not necessarily love each other despite the photo-ops and plastic smiles and false hugs they perform out there. The history of that can be seen since 1996 and 2001 presidential elections when they did not even consider an alliance. Then in 2006 came NADD but then they dismantled it amid lot of accusations and counter-accusations leading two opposition coalitions. A similar scenario occurred in the 2011 presidential elections, and in both cases they suffered a crushing defeat. When 2016 came, the political landscape had fundamentally worsened in such a way that these parties had no choice but to coalesce. But the hard fact is that the coalition was never based on love and responsibility. Hence for anyone to expect much must be living in fantasy.

The failure of the tactical alliance is not with or about the ‘tactical alliance’ because they all agree on that. Rather, it has everything to do with the party interests. Any approach they take, we were bound to face challenges. If they took the independent-led approach, it is clear that parties will be behind the so-called independent candidates pulling the strings as they jockey for numbers and constituencies. Similarly, by going for the party-led approach, we have seen how the parties now surfaced still jockeying for numbers and constituencies. Thus the issue is not that one approach is necessarily better than the other. Rather the issue is our parties and leaders were merely interested in securing their party interests.

Otherwise why could they not compromise and give and take if they were driven by national interest?
But it is better they break up now and go into their party conclaves than to go into the parliament as Coalition independents only to engage in cold war while their parties and leaders are behind the scenes pulling the strings. That will not only derail the work of the parliament but will also stagnate the government, while we will not be able to know who to hold to account. The parties and leaders will claim innocence, while the independents will be pouring meaningless accusations and counter-accusations.

Therefore the so-called failure of either approach, that is, independent or party-led candidature under a tactical alliance is a blessing in disguise that can only strengthen our democracy. But that is provided if citizens realise that democracy and good governance prevails when the citizen actively participate. In the first place let us realise that these parties and the independent presidential candidate are the ruling parties. They formed the Coalition, which produced a presidential candidate who is now Chief Servant Adama Barrow. Hence this government is the government of the Coalition of all the parties that formed it.

That being the case, the success or failure of Adama Barrow is the sole responsibility of these parties, individually and collectively. They must all work to ensure that Barrow succeeds. For that matter, going into the parliament as parties means we will now see which party is working for the fulfillment of the Coalition Manifesto and who is working against it. We will see which party and their leaders are selfish or patriotic. Even if a party withdraws from the Coalition today, yet that party cannot withdraw from the fact that it is part of those who gave birth to Adama Barrow. Hence all the parties have a moral and political obligation to ensure that Adama Barrow succeeds. Barrow is their child. A divorce does make a child fatherless and motherless. Let us remind these parties and their leaders the fact and their duty.

This means we the citizens must realise that our task did not end by just voting for Adama Barrow on 1 December. Rather, our task in fact starts now to hold these parties accountable in the parliament and in the cabinet to ensure that they deliver to the best interest of The Gambia. Since they have decided to go it along party lines, we must ensure that each and every party proves itself. Thus this is the time we will know the quality of our parties and leaders. For 20 years, we were unable to test them in practice because they were in opposition. But now they are the government, and therefore we must monitor them to see if they will practice what they have been preaching in the past 20 years.

I therefore encourage all voters to ensure they vote for the most competent Coalition party candidates to ensure that they form the majority in the parliament. We must not vote for APRC under any circumstances even if the person is the most competent woman because she should have the moral uprightness to realise that APRC is a rapist, looter and murderer party. That is non-negotiable. Let us carry out our job as citizens to its logical conclusion. That is, we voted for Adama Barrow because the Coalition presented him to us. Now that we are going to parliamentary elections, we will continue to vote for candidates from the Coalition parties to give them the power to support the Barrow Administration. When we do that, then we have done our job in giving them the space and power to perform.

The next task is for us to not just sit back and watch them. But we must be vigilant and monitor them. The onus lies on them to use the power we give them to implement the objectives they claimed in their manifesto. Now is therefore the time when we will know which party is genuinely committed to democracy and good governance in the Gambia or which party is just interested in their own selfish interests.

Let us not despair but to realise that democracy is not a straight smooth affair in the Holy Quran or the Bible. Democracy is neither a moral issue nor a religious matter. It is a practical exercise of how to expand freedoms and fulfill the needs of the people. In this exercise, various ideas, tools and processes will be employed to which we will agree or disagree. But to disagree is no reason to feel disappointed, frustrated, and angry and give up. After all, we are probably seeing the unfolding of true democracy for the first time since independence.