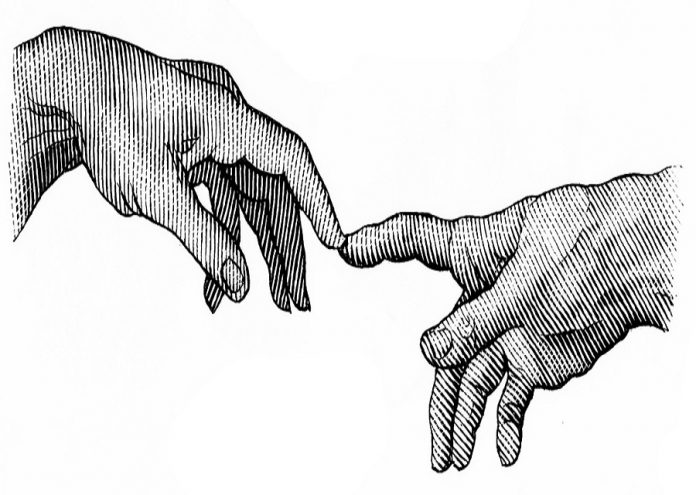 I completed ANNA after months of spellbinding episodes of love and tragedy perfectly imagined and, for the first time in a long time, readers came down on me like a ton of bricks. That was expected. People demanded the story to end the way they envisioned it: Talib and Anna dressed in beautiful wedding apparel majestically walking down the aisle, smiling and soaking in confetti. A usual fairy-tale wedding stuck in our minds that nothing else seems real when, actually, the only unreal thing is exactly what is stuck in our feeble minds.

And don’t just think it’s only our articles people think they have the right to decide how they end; it spills over into our marriages. Listen too much to people and your marriage will not last longer than the wedding perfume. But I understand people’s obsession with ANNA; it was about love. Theatre love, as I always call it. Our generation hates talking about love or sex but we enjoy doing, reading or watching it. As a genius man once said, that is what makes our society so sex-driven that we forget how to form real connections without provoking the body, deluding the seeding of the mind. We forget to grow spiritually, mentally, and emotionally by engaging someone’s mind. Simply, penetrate the mind before the body, that is how you attract the soul. But the first thing we try is penetration of the body; we are so manipulatively penetrative. However, that’s all in the past now. We have a bigger problem to solve.

Gambia is tense, very tense and harder than a wedding night dick, excuse my French. The more political parties are formed the more uncertain and bleaker our future appears. From the little ones coming into this world, right to those in their twilight years on this wretched earth, the only constant thing is how constant we are in contented primitivity. Kids are born en masse, leaving their brains in their mothers’ wombs, growing up in glued poverty and handing the same poverty down to their children like inheritance.
But it’s not just unique to little Gambia, it is definitely the general nature of our devolving society. We’ve defied the laws of nature; we have refused to evolve even at a time it’s most needed.

Just few days ago, someone passionately asked me who my mentor is and, reigniting my legendary bluntness after long hibernation, I said no ONE. He was shocked, presumably stretching his droopy eyebrows as though he’s seen a fleet of resurrected dead bodies staggering towards him. But then it hit me that he wasn’t actually shocked, I was. He told me his mentor is Nelson Mandela. A great man. But how the hell a dead person becomes a living one’s mentor is still beyond the realms of the ridiculous. Putting that to him, the tragedy of his response could even wake the dead: OMFG! Our generation uses ‘fuck’ so much so that it has literally lost its enviable carnal connotations; our minds no longer shyly rush to the THING when the word ‘fuck’ is mentioned. We just consider it as another adulterated word that has lost meaning over time. But like I said, it is us, all of us, refusing to grow and sliding back into an indescribable state of mental wretchedness. Why would anyone say ‘Oh My Fucking God’? Really? You cannot just stop with ‘fucking’ humans, now god? FFS, that too. For Fuck’s Sake, instead of for god’s sake. We have placed sex above god in order of importance; and trust me, god does not even come next to sex on our list, That is why we are so obsessed with it and equally so oblivious of god. All these highlight our innate moral depravity while we erroneously think we are evolving as humans. Take this to the bank, the depletion of our morals in both our actions and speech will eventually sink this once exalted land.

Talk about an eventful 2020; mine started with someone ‘impersonating’ Talib Gibran on Facebook and then saying he/she likes wonder girls. Wonder as in beautiful or just wonderful girls because I’ve literally changed from being sapiosexual, graysexual to demisexual. But that’s a drop in the ocean, considering what the rest of the world is facing: Covid-19, and Italy, who are exactly in the eye of the storm. From British Prime Minister to members of the Saudi Royal Family, each day and through bitter lessons, this invisible enemy keeps showing us its paradoxically egalitarian nature. The bitter lessons partly entreat us to give up the fight to fight by ourselves; to acknowledge we could no longer do this alone; and reach out to others for a united front.

But the so-called united front is laughably creating some rather off-the-cuff disingenuous tactics to stay sane at home here in Gambia, even without a lockdown. Don’t get me wrong, exercise is amazing but it is not for the world to see or just one time. But this country, this small country is fighting the biggest fight ever to stay ahead of Covid-19, while the rest of its citizens do a push-up challenge. The challenge is contagiously permeating the country, infecting even THEM; the Museveni Club, with their octogenarian flat muscles wriggling under their feather-like weight. The camera then stops; but now in the darkness of your loneliness, you pant like you’ve just hit orgasm, naïvely thinking you’re making any difference in the fight against the threat of the now known unknown; even our ‘off-shore’ Gambians, those in the epicentre of the pandemic have gladly joined the charade. Donate if you have even a dalasi to the cause, or stay the hell home and spare this virus traumatized world of your insignificant one-off exercises. Thanks, but no thanks, you can keep your physical creativity in captivity.

Each part of the country is tainted; it’s rape, murder, theft, adultery or fornication, envy and moral depravity of the highest order, and the ravaging Covid-19 sneaking up on the suspecting but blithe citizens. Still, we are split on everything, including if we should ease ourselves each day. Folks, the cup of iniquity is full to the brim and it has started spilling on us. The Gambia has a Sword of Damocles portentously hovering over and we are co-authors of that very looming disaster.

We all know we aren’t out of the woods. There’s dramatic rise of cases in Senegal, with global tally well above 2 million. Yet, as the world grapple with the ever-increasing cases, The Gambia’s number of covidiots is on the rise. Despite Ado, who I vividly remember promised to build 60 mosques across the country now ironically shutting them down, ignoring the ban on public gatherings is being a covidiot. Plain and simple. So imagine and count the number of people ignoring the ban. Don’t worry, I will help you count: 100,000 and that’s after I got tired of counting. We have more covidiots than Covid-19 cases. You know what, there is no shortage of people who rant about how messed up we are. Let me go back to watching my favourite stand-up comedian, John Di Domenico impersonating The Donald, who tested beautifully negative for the coronavirus.