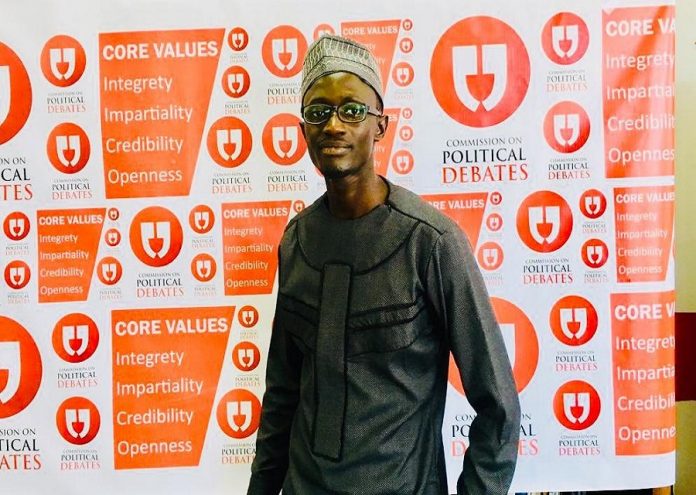 The executive director of the Commission on Political Debates CPD, a non-profit and non-partisan organisation has reiterated his organisation’s stance to bringing high quality educational debates to the Gambian electorate to promote democracy, good governance and accountability in the country.

Bakary Fatty was recently speaking at a presser organised by the CPD to introduce the scope of their work and provide information on its official launch in the country.

The commission is established to provide the Gambian electorate the opportunity to hear from political candidates vying for public offices through debates.

“The commission seeks to serve the Gambia in its pursuit for political correctness, social welfare, peace, and competitiveness in the world of politics with a vision of ensuring popular participation in the national discourse, enhancing political awareness and accountability,” Fatty said.

He said the commission registered myriads of successes in terms of organising political debates since it commences its activities in the Gambia.

In 2016, in partnership with the International Visitors Leadership Program and National Youth Parliament, the commission conducted the first-ever presidential debate, which was attended by almost all political parties in the country.

According to the executive director, their activities in the run up to the 2016 elections rejuvenated the idea of popular political participation in the country through debates at a time when oppositions and incumbent leaders do not share platforms.

He disclosed that the official launch of the commission to be preceded by a symposium will take place on October 2019.

“This will serve as a boost to the visibility of the commission as an entity for political debates in the Gambia,” he added.

“The goal of the symposium and launching are to highlight the significance of political debates, political tolerance, and popular participation in all spheres of our political landscape.

“It would also serve as the beginning for a strong and lasting partnership between the commission and other bodies who are interested in the area of political debates in the Gambia.”