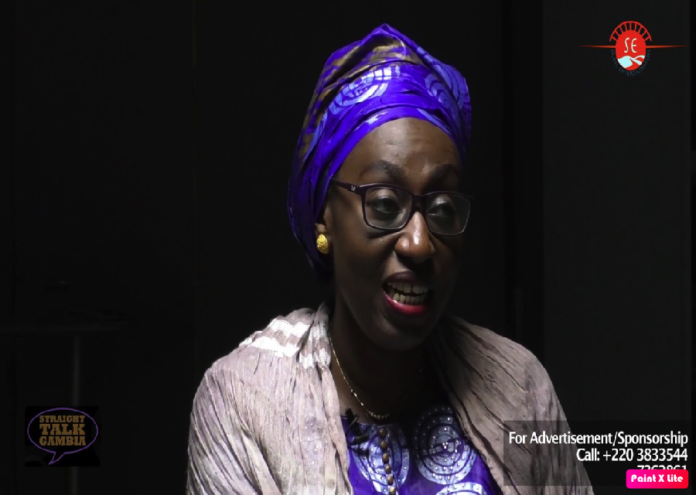 The People’s Progressive Party has elected Kebba Jallow as its new leader at its national congress held over the weekend at Brikama-Ba, Lower Fulladu West.

Mr Jallow’s contender for the party’s presidency, Fatoumata Njie, boycotted the elections and marched out in protest with her supporters blaming a fraudulent electoral process. She was joined by Pa Ousainou Saho who was vying for party’s deputy leadership.

When the vote tally was announced in the disputed election, Kebba Jallow had 92 against Touma Njie’s 2 votes.

Muhammed Ndow, NAM for Banjul Central, is the new deputy party leader, with Amie Jallow-Forster as treasurer and Duta Kamaso as her deputy.

According to the PPP constitution, the party leader will nominate officials to other positions subject to confirmation by the central committee.

The congress was marred by tension and exchange of barbed comments triggering the deployment of riot police.

Ms Njie who is also the National Assembly Member for Banjul South, raised among other issues the failure to present the party’s financial report and election by raising of hands.

Speaking to The Standard shortly after storming out of the congress Ms Njie dilated: “This congress is fraudulent because they know since yesterday that I’m going to win. They did not even give lunch and dinner to the people they suspected are going to vote for me. When I arrived here around 9pm, I went out to find dinner for them. I paid for accommodation for some of them.

“If you look at the master list I have with me, they have changed it. The people who are supposed to vote for me were not issued delegate cards. My other contention is that before people vote for you, you should tell them why they should vote for you [but they did not allow that at this congress].

“My other concern is no one has seen the financial statement of the party. In any congress, if that is missing it means there is no congress. We must be transparent in the way we run our political party. Is that the way we are expected to run our government?

“Also they want election by raising of hands. That was not acceptable to me. It is not in the constitution and the delegates did not want that. But they insisted because they know that they were going to lose.

“I am going to contest the results even if I win, because the process is wrong, and we have to do it again, I stand for the truth. I want to win in right way and not in a fraudulent manner,” she asserted.

“Most of the [constituency] chairpersons told me that their delegates were sent out and replaced them with [Jallow’s] people so that they can win this election. That’s what they did in the 2018 congress, and they are doing the same thing again. I will challenge it up to my last breath. I will not allow PPP to be sold, and I will not allow it to die.”

Bakary Barrow who contested the 2018 councillorship election in Kiang West for PPP told The Standard: “There is no transparency in this congress. We wanted secret ballot but they refused. If Touma Njie wants to leave and form her own party, we will go with her, and that will make PPP to die. They want to force us to vote for Kebba Jallow and we are not going to do that. I contested the last councillorship election. President Barrow gave us D150,000 but they gave me only D20,000. I had to finance the rest of the campaign.”