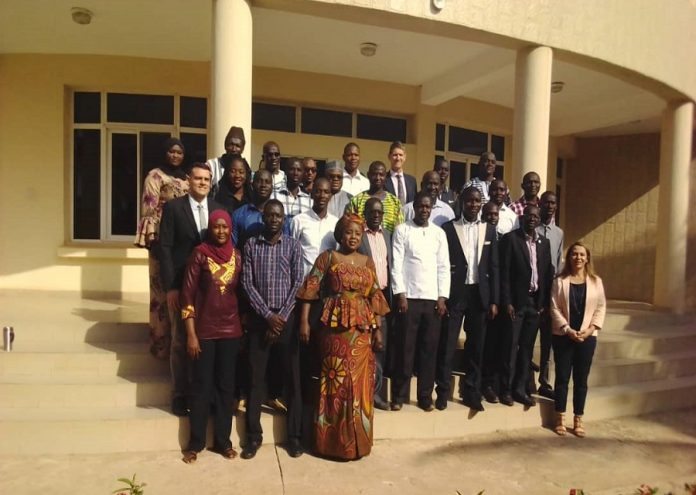 A consortium of Gambian civil society organisations benefited from a two-day capacity building training designed to enlighten them on what role they are expected to play in the country’s ongoing security sector reforms and governance processes.
The training ended at the NaNA conference hall in Kanifing Wednesday, and was funded by the EU through the Geneva Centre for Democratic Control of Armed Forces, DCAF and implemented by Wanep Gambia.

The initiative was part of an 18 months EU funded programme designed to support government’s security sector reform agenda.
It seeks to foster the development of in-depth knowledge and understanding of the security sector reform processes and methodologies to enhance democratic civilian control of the forces.

“The civil society plays a crucial role in building and consolidating democracies based on the establishment of effective institutions that respects the rule of law, respond to the needs of the population and are accountable to the population and to civilian authorities,” Wanep national country coordinator Ms Salimina Jobe, said in her opening remarks.
She said the security sector reform as a national interest aims to strengthen the effectiveness, transparency and integrity of defense and security actors and institutions to develop efficient democratic policies and approaches.

Jobe explained that the involvement of the civil society in the country’s security reforms could enable wider social transformation in bringing peoples voice into the security reforms as well as increase accessibility and accountability “to ensure the reforms are imbedded in broader conflict prevention and peace building processes.”
Lumana Kamashi, a representative of the EU Ambassador to The Gambia, said the EU considers the security sector reforms as one of the key elements of the current democratic transition in the country which is why it is ‘deeply committed to support the process politically, technically and financially.’

“Security sector reform processes should not be restricted to security forces, leaders and government,” Ms Kamashi reports. “The participation of all stakeholders in the reform process implies that national security policies and strategies are developed through inclusive consultations processes,” Kamashi said.
Organisers told The Standard the training was informed by “lack of civilian involvement” in the security sector reforms and the need for CSO participation in the process.
“It recognised the need to enhance the knowledge and skills of civil society actors on security sector governance, ensure fruitful civil security relations and local ownership of the process,” one of them said.