International Women’s Day 2019: How the European Union supports women in The Gambia 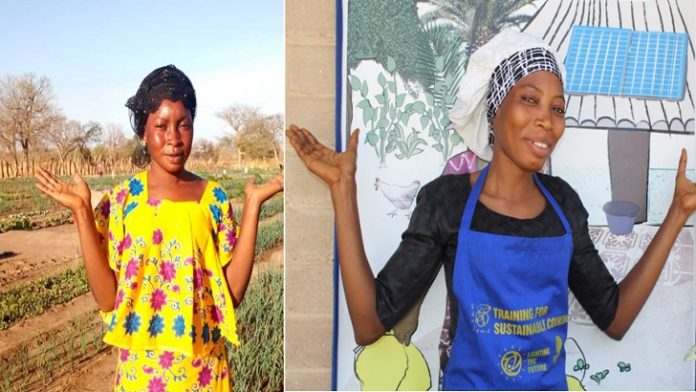 International Women’s Day is a chance to remind ourselves that sixty one years ago, equality between women and men was embedded in the Rome Treaty as one of the European Union’s (EU) fundamental values. Today, the EU remains committed to gender equality and to breaking the vicious cycle of gender discrimination. This has been translated into the EU Gender Action Plan 2016-2020 which is an ambitious political commitment that places gender at the heart of what EU does and, most importantly, it holds the EU to account on its delivery.

In 2018 the EU Delegation in The Gambia launched projects worth EUR 1 million with civil society organisations promoting women’s empowerment and the participation of women in inclusive and sustainable growth. Through these funds the EU is supporting a range of partners and initiatives which include;
· Mbolo Association; an organisation implementing a EUR 299,000 project promoting small-scale agricultural communities resilience by enhanced agro processing products using solar technology through empowering women.

· Action Aid; implementing a EUR 300,000 project aimed at promoting women’s empowerment and participation by increasing women’s access to and control over productive resources. It aims to reach aims to reach 28,000 people.
In addition to this, with UN and NGOs partners, the EU has a portfolio of over EUR 40 million that supports rural development and food security, much of which directly supports women including;

· The EUR 15 million “Jobs, Skills and Finance (JSF) for Women and Youth in The Gambia” implemented by United Nations Capital Development Fund (UNCDF) which aims to create 3,000 direct jobs for youth and women.
· The EU is contributing EUR 300,000 to the “SheTrades” project (the Gambian Chapter), implemented by the International Trade Centre; the global project aims to connect 3 million women to the market.

· The EUR 3 million ‘Building Resilience through Social Transfers for nutrition security in the Gambia (BReST)’ implemented by UNICEF in partnership with the National Nutrition Agency (NaNA) which provides a monthly cash transfer of GMD600 (EUR10) to 6,000 women with children under-2 years .

· A EUR 11.5 million “Post-Crisis Response to Food and Nutrition insecurity in The Gambia” project being implemented by the Food and Agricultural Organisation (FAO), World Food Programme (WFP) and UNICEF. This aims to build resilience and reduce malnutrition through supplementary feeding of 40,000 children, promoting good nutritional practices and nutrition climate smart agriculture by farmers and a ‘Cash for Work’ programme already employing over 500 women.

· The EUR 13 million ‘Agriculture for Economic Growth’ project being implemented by FAO and the Ministry of Agriculture. Amongst others, this project aims to promote the role of women in the agriculture value chain.
This demonstrates only some of the ways that the EU in The Gambia is responding to the call to action to #BalanceForBetter. We know that gender parity won’t happen overnight, but we refuse to wait the estimated 200 years until gender parity.

To celebrate the many women the EU Delegation works with, or who are impacted positively through one of our many projects, we are sharing the stories of some of them on the occasion of International Women’s Day on 8th March 2019.