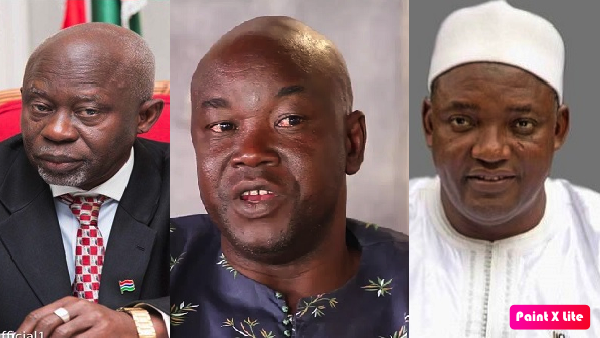 One of President Barrow’s close associates, Dou Sanno who also advises him on political matters, is not happy with the UDP leader’s recent WhatsApp audio calling on communities not to beg the government or the president because it is not the president who has the resources to give to the people.  The particular comment by Darboe in the audio offending to Mr Sanno is as follows:

“The resources belong to the people and not the president. I have always said this of Yahya Jammeh and I will say it of Adama Barrow too; and that is, his father did not leave an estate which he could use to benefit people. The resources he is entrusted with are public funds and they should not be seen as him doing favors to the Gambian people with their own money.”

These comments, according to Sanno, will only further ruin the relationship between the two, arguing that Darboe, whom he referred to as his father, should not have mentioned President Barrow’s father in his arguments.

He said although Barrow’s father “didn’t leave anything for him but he was able to be a very successful businessman in his own rights.

“I was disappointed to hear Ousainu Darboe saying something like that. I swear to God, I still give him maximum respect and I will never disrespect him but the truth shall always set us free. No one can claim that Barrow is not successful when he has his own company well before becoming a president. If he was not successful, he would not have had over ten compounds before becoming a president. If he was not something, Gambians would not have chosen him to be president. I think it would not be fair to say Barrow’s father has not left anything behind for him,” he said.

Sanno said the UDP leader should remember the good things that President Barrow has done for the party.

“There was a time when the UDP was dead while its leaders were still alive but Barrow was part of those who revived it during his time as the treasurer. When he was brought in as treasurer, there was only D14, 000 in the party’s account. He was the one who spent his own money to fund the party. No matter what happens between you and somebody, don’t ever forget the past because if you do – you will be going against God,” he said.

Sanno however urged the Gambian leader to keep his focus and continue doing what is right.

“They are claiming that you are using public funds but I know UDP. This is because God didn’t give them power and instead give it to you. I will continue to defend you as long as you are doing what is right,” Sanno said, addressing President Barrow.

He said the UDP supporters and executives are trying to frustrate Barrow just like they did to Yahya Jammeh, so that he will retaliate but Barrow will never succumb to their tactics.