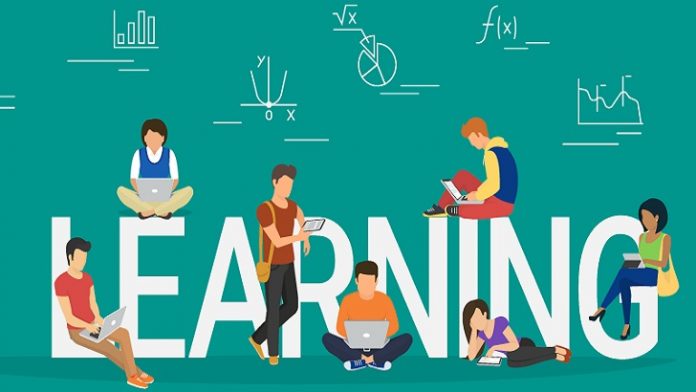 As a Pisces, I am a natural observer of people. I love to watch live scenes pass me by, preferring the sidelines to the frontal positions in the full glare of publicity. Publicity spurs me to self-sabotage or self-destruct. I value privacy. It is my demi god.
Painfully introspective and scatter-brain, the cadetship training at Nautical College was going to be a big deal for an introvert such as myself. It required a lot of public speaking and being in the limelight. Without the predisposition for public presentation and without the gift of the gab, unless I chose to be as real about it as it got, cadetship was going to a big pain. I had to make constant choices not to dwell on the worse possible scenario, which was to succumb to my ‘glossophobia’ and jeopardise my chances of success under the rigours of such training coupled with academics.

With the other nationalities, 23 different nationalities in all when we graduated, most of whom were Christians, public deliberations and encounters were no deal breakers. By virtue of their experience in giving public speeches through their church going activities, the public fright was not so prominent when they were called to stand up before the crowd. Not so for us Gambians. The attitude of: Now, lead the way and we shall all follow you… for timid persons, like me and my Gambian colleagues with me, that was a serious case of multiple small deaths before our final demise.

Less grounded and practical than my colleagues however, who were genetically favored to be men, I had to steam and chew my emotional issues one day at a time. It was my beef. I needed to work through the public fright issues, the command and control order of the day, or fail the programme flat on my knees. For indeed as cautioned earlier by Stone, the private security guard at the Accommodation who received me when I first arrived, with my choice of discipline being Nautical Science, the cadetship training was compulsory and not only that, it accounted for a portion of the diploma awarded at the end of the course. Passing it was a must, not just passing through it.

Ah, how could I forget the early morning trotting for miles on end? The fall-ins and fall-outs…By the minute. By the second. Throughout the day. The orders; sometimes multiple orders at a time. Orders issued by two or three or four senior cadets. All at once. Which one of them to obey first being the first impasse to unravel. Unable to know who to obey first among the lot, because plainly, there were no differences in rank amongst them. They were all Senior Cadets.

Above all else was the disciplinary aspect of the cadetship training. It was the hardest to swallow by me. “Give me four. Meaning run four times around the parade grounds – 400×4 metres – for offences as minor as not saluting to a senior man after saying hi to him with a big smile. Or for “babarooza”, what we referred to snacking-eating between meals. With such heavy training, how couldn’t I snack? Before I delve into the finer details of cadetship however, let me recount to you the days that ensued after our arrival at the Nautical College.

The days that followed our arrival at Nautical College were marked by constant activity. Early morning the day after we arrived, we were ushered by Fatty to Makola Market to some Alhaji’s bureau de change in order to change our foreign currency into cedis. As I had expected, Makola was a big market worthy of a metropolitan city. It sprawled across the city center with its legendary market women dominating the scene, and selling everything one’s heart desired.

There were all kinds of items, materials, spices and vegetables. There was the odd bush meat, here and there, held by boys stationed along the streets in the form of rodents that were skinned, spread wide apart and either dried or smoked, I don’t really know for sure. I never ventured to buy or even taste some of it. There was a bush canteen by the beach side at Nautical College, where they sold special delicacies prepared from bush meat. But the name itself was repugnant to me, so I never bothered to visit there too. In retrospect, I nurse my regrets. I wish I had bent my heart to curiosity and been more outgoing.

There were also at Makola Market the traditional kente materials, some sown in their traditional attires, others not, the traditional Ashanti shoes and adornments, including bracelets, necklaces, earrings and bangles. These served as gifts I gave to family and friends when I returned home every summer holiday throughout my stay in Ghana. In fact, whatever you needed, you only had to ask to be shown where it was sold. Makola Market teemed with goods, life and activity. It would be my favorite visiting spot in Accra over the many years I would stay there. In effect, I would grace it with my presence, every weekend, after the cadetship program ended.

Next we visited Osu. Osu was the lifeblood of technology and gadgets in Accra. All kinds of things were sold there, from the latest television sets, laptops, DVD players, mobile phones and gold. Household appliances were also sold along with brand names. Tradi-modern materials such as Woodin and textile materials were sold at well-established boutiques along the avenues.

As a centre for information technology, all the mobile companies head offices were inevitably located at Osu. In effect, we went there solely to buy and register our sim cards with Spacephone, at their beautiful and spacious Head Office. Spacephone at that time was the best network to make calls within the sub-region at affordable rates. Before we left Ghana, Spacephone would be renamed twice as Spacephone Areeba and then later as Areeba. I still remember my Spacephone number allocated to me in 2003. It was 0244884124.

What impressed me most about Osu was that everywhere looked proper and spacious. Through pure, undulated observation, I caught a glimpse of how peaceful Ghanaians were in general. Even the grumbling market women were unlike our own mean spirited termagants, who would go all out to tear you apart and bring you down when you commit a wrong, whether actual or perceived, against them. Everyone was quietly minding their own business, talking in that very stimulating Twi language, which unfortunately I never learnt to speak. It was no fault of mine though that I could not speak Twi. After the cadetship programme, I rented a room in a house owned by people of the Ga tribe. They preferred to teach me their own language.

When I exchanged my dollars at the Makola Market that day, US$150 to be exact, I received so much cedis, I was astounded. I was a millionaire in cedis! The sum received amounted somewhere around 1.2 million cedis. Unbeknown to me, in as much as the money was in millions, I would blow it before I even realised it. First on babarooza, because I preferred to eat like a bird – in small portions at little intervals apart – than those protracted periods the cadetship training required. Due to the cadetship programme, meals were served at 6am, 1pm and 6pm strictly at the mess. If you were 30 minutes late, or not wearing the costume black and white dress code with neck or bow tie and the shiny polished black shoes, you would lose your meal for that day.

Next, having so much money at hand, I was carelessly spending on things I did not really need thinking the money would never get depleted. Furthermore, there were those constant visits to Nema and New Town Malata, where most of the residents were Muslims. Those two places reminded me of the Middle East with all the women decently dressed in niqab and jilaba.

It is unreasonable to expect that everywhere would be the same as The Gambia in terms of religious tolerance and co-existence. My identity as a Muslim was reinforced in the midst of such decently dressed women I saw in New Town and Nema. It resolved the thinly veiled struggle I was constantly having with Ghana as a predominantly Christian country with very few Muslim at the helm of affairs. Thriving businesses owned by Muslims gave compensation in that direction and agreed to my ideal of co-existence. We would often visit New Town for jumu’ah prayers, because my zealous friend Abass was so concerned about deen, he carried us all along.

But we mainly went to New Town for the cheap call rates at a certain Alhaji’s Telecentre. Those were the days when ‘telecentres’ were still very common, especially with better international call rates. Young and recently married, I would spend a few minutes calling close family members and extra minutes calling my beloved. It would take many months before I could control my excessive spending as a matter of necessity.

About a week after our arrival, classes started as did the cadetship training. A day or so before, when almost all the cadets had arrived, we heard a deep voice calling, “Fall-in!” “Fall-in!” “Fall-in!” One of the senior female cadets, Laurice from Cameroon, summoned us to climb down as soon as possible or face the magic. I jumped out of the bed in a haste that astounded the other girls and ran down the four storey accommodation.

But it was not fast enough. When I descended and tried to join the lines, one of the seniors called out, “Samba, Is this how soon you can come down the stairs when I shout my arse for you to fall in?” he asked abrasively. “Sorry, sir”, I stammered from shame, due to my shyness in front of almost 200 cadets. “Our dorms are further ups…” Before I could complete my sentence, he shouted in his most authoritative voice, “Give me four!”
“But sir,” I began. “Ok, you are trying to challenge me? Is that so?. Now, give me six!” he cut me off mid-sentence. “In here”, he added calmly, “You obey before you complain. Now run round the field six times and back!”
Dusting away some invisible sand on my hands, I began to jog towards the parade grounds before my punishment was added on by the cadet captain or any one of the seniors present. I would learn to swallow my pride and obey before I complain in time, but it would come at a heavy cost to my introverted self!

Letters to my daughters: The genius of Youssou N’Dour and the lessons to learn for leaders

Letters to my daughters: The moments occur that define true success

Letters to my daughters: We have a war to win