Dear Minister of Justice, President, Permanent Secretary, MPs, and whom it may concern 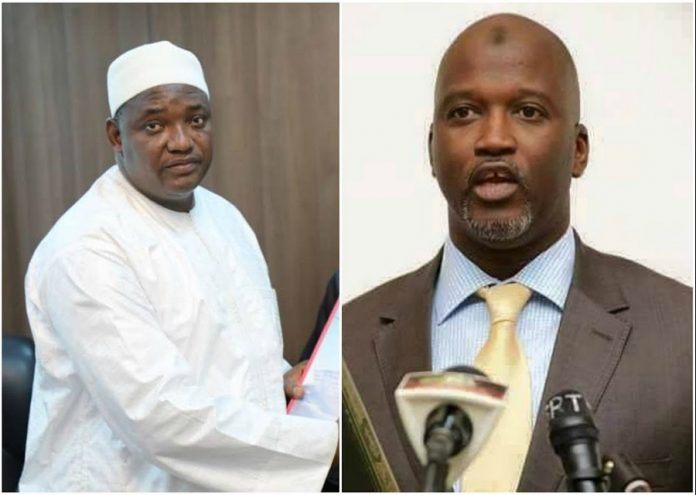 My name is Mr. Jarga Kebba Gigo, a celebrated mind who happens to be a Gambian. As the world evolves, our responsibility to learn quick, especially as leaders, is a determining factor on our ultimate destiny. Since life is distinctive test from collective tests, you must gauge yourself compare to standards and fellow counterparts around the world. Someone wrote to the Ministry of Justice in Germany and every country where medical marijuana exists — how each minister, permanent secretary, MP, or Justice official reacted to medical marijuana varies, and the universal Lord will gauge if they reacted in fear… or in love, willingness to learn (Iqra)? Your test seems lot easier because you can easily research what dozens of states, thousands of doctors, and millions of patients affirm as ‘varying levels of help’. Or do you claim to know or care than these people?

Regardless of your intentions and what you inherit, you must also gauge the effects of your inaction versus your actions on other unjust laws you inherited. Rather than a battle in our high Court or God’s final court, I humbly suggest to you in the spirit of ch.103, Al ASR. You can be a conscientious Minister/president than the conscientious judges of South Africa, conscientious Politicians of Canada, or conscientious voters of the U.S.

Otherwise, we will use every reasonable means to combat our hypocritical cruel marijuana laws, especially for the sick. Are you brave and humble enough to learn from an ordinary citizen or rather wait for pressure?

The medical world was hijacked by questionable politicians and unverified one-sided claims on marijuana. When those who misled you, knowingly or unknowingly, are repenting, you have the option to learn quick or remain in arrogant denials until you re-submit to internal or external pressure. Hundred years ago, the Gambia and most countries had no laws against medical or recreational marijuana, and how will be our marijuana laws in five, ten, twenty, or hundred years? The U.S was the main country that misled the world on marijuana due to financial greed, racial fears, and arrogant imposition – all of which are verifiable claims based on unveiled historical facts I can point you to. Now that most of the U.S is repenting or submitting, I suggest you choose repentance or risk rejection from the mysterious Lord who allows your leadership and this letter to test who is best in conduct between me, you, and your counterparts around the world. The political fears behind our marijuana laws gamble the sick and make some marijuana ‘political prisoners’. Brave officials and activists must face-off with ‘fearful’ politicians to consider the human lives or at least votes of the youths… Sometimes a leader should bravely confront questionable cultures or point of views, like President Jammeh did with FGM after sacrificing activists?

Your ministry, the Gambia government, and most African governments have little or no research on marijuana, you relied on old claims of the west to deny people medical marijuana, hemp for health, and beyond. Scientists and doctors around the world are divided but now leaning on accepting marijuana as a mysterious helping product, especially on chronic ailments that conventional factory medicine barely work and sometimes dangerously harm. It is overdue to safely allow patients explore the possible benefits of marijuana with similar caution you offer on many conventional medicine.

The outdated cruel laws that the judiciary enforce or under enforces is scaring some, affecting the tourism industry, the health of the nation, Agriculture, economic, etc. Our farmers are legally disadvantaged and not informed on how hemp can help them than the subsidized fertilizer they buy on credit. We love peanuts, but the nutritional value of hemp seeds seems much higher and denying it to the poor and children of the Gambia is a witness against you till when? The rich children of Canada cannot need hemp more than the poor children of the Gambia, the ministers and politicians of the Gambia cannot claim to care about the Gambian children than their Canadian, Chinese, and other counterparts towards their people. Tourism will benefit from legal marijuana than many of the so called ‘good governance’ claims. Are you brave and humble enough to learn from an ordinary citizen or rather wait for pressure?

Soften enforcement laws against marijuana may partially help recreational marijuana users, but not much for medical marijuana users, and I believe we need much more help. We need to legalize and REGULATE at least medical marijuana and hemp. The list of ailments New York state allows for medical marijuana may be different for that of Germany, and the Gambia must choose reasonable list of ailments for qualification. I will gladly help in possible regulations, including how to optimize the health benefits and economic possibilities. The marijuana strains vary, so based on the ailment a patient is diagnosed with, we can suggest which strains may work and let the patients make final decisions with feedback for further learning. ‘Wrong’ strain is responsible for many of the negative experiences with marijuana and the illegal world offers ‘strain gamble’ that may emotionally satisfy, but we must look for optimum help.

Feel free to research on hemp seeds and hemp oil for health. Medical marijuana can greatly reduce the congestion in our so called health facilities, our prisons, save us money, and help how many people? Are you brave, caring, and humble enough to learn from an ordinary citizen or rather wait for pressure? The millions of marijuana users in Canada, Uruguay, South Africa, Jamaica, some US states, Jihnack, etc are living in peace with their non-marijuana users. These rising millions of people will ultimately demand their governments to guarantee their travel rights like those who use alcohol…

The hundreds of thousands of Traveling Gambians, plus the hundreds of thousands of Gambian marijuana users will ultimately wake-up to fight our cruel and outdated marijuana laws. Regulations with legalization can eliminate street and public space smoking, because there can be commercial places they can use, reduce stigma for home use, and other benefits. As more countries legalize it, how are you to deal with diplomats, expatriates, tourists, etc who use medical or recreational marijuana versus their Gambian counterparts? The Lord is my witness, so may I be the laughing shepherd with those willing to learn (iqra) or the laughing witness against the arrogant. Change came to Canada, America, and is coming to the world, including the Gambia. Those who argue on religion against legal marijuana are hypocrites, considering alcohol…

Those who argue on health are similarly hypocrites considering the scientific data and statistics compare to cigarette, alcohol, bleaching products, etc. We are not imposing marijuana smoke on any, as I repeatedly call for regulations and use of vaporizers. I suggest you immediately act as a caring leader towards the sick and hemp for the poor, for health. I also hereby apply for permit to farm hemp and marijuana, at least for personal medical use. I am an arthritic patient with Canadian medical marijuana permit.

I was financially making more than the average working Canadian, but understand the Sunlight helps, not just marijuana… So I am writing to you in truth as I did to leaders of Canada and pray to God to give me victory, with or without you. Those who offer lot better than your charging hospitals are allowing their citizens and some of your citizens access medical marijuana. Please work with other authorities on all points, especially my permit.