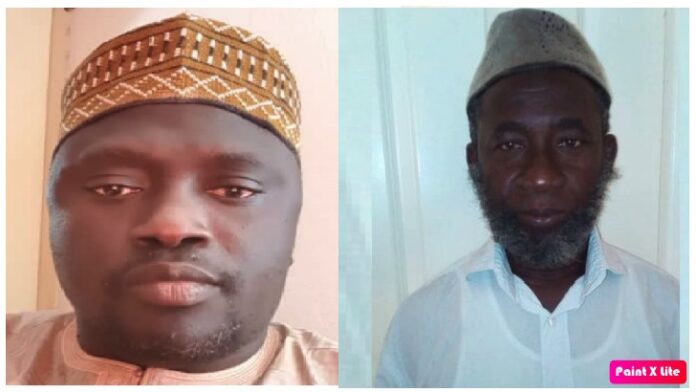 A faction of unhappy senior National Convention Party members has rejected the election of Minister Lamin Dibba as the party’s new leader at a congress held in Farafenni earlier this month.

The group led by Sutay SF Jammeh, a longtime member of the party, said the congress was not held in accordance with the agreement reached among all the party members and endorsed by the IEC which is for the party to call one national congress.

Sometime ago, the IEC suspended the NCP following a deep division with rival factions holding different congresses and each claiming to be the legitimate NCP.

The Commission later managed to bring the two factions together with both agreeing to unite as one party and forget all past differences for the betterment and progress of the party.

They also agreed that correspondence from the party to the IEC shall come from only one Badara Sidibeh and Dembo Jadama and that they shall conduct a united national congress of all members of the NCP as soon as Covid-19 preventive protocols are lifted.

At the beginning of this month, a congress was held in Farafenni which elected Lamin Dibba, the current minister of environment, as leader of the party.

However, speaking to The Standard Tuesday Sutay Jammeh disagreed with how the congress went, arguing: “The Farafenni congress did not have a national character and was not held in accordance with IEC’s advice because even before the consultations on the date of the congress were completed, some went ahead to organise a congress without the consent of a large number of people.”

He also alleged that while the party’s current chairman, Dembo Jadama, wanted the congress to be held later, his co-chair Badara Sidibeh, supported those who went ahead to hold the congress although he didn’t attend himself.

“This is why we want the IEC to nullify the Farefenni congress and allow the party stakeholders to agree on a new date so that all eligible members of the party would have opportunity to contest for positions.  In this regard, we are appealing to the IEC not to recognize the Farafenni congress and the election of Mr Lamin Dibba because we do not want to go back to the days of division in the party,” he said.

He said they are also concerned that people like veteran NCP politician, Majanko Samusa and his favoured leadership candidate Lamin Dibba, will surrender the party to President Barrow unconditionally.

“We want a well-structured and independent NCP that will have autonomy to negotiate or enter into any agreement with any force when the need arises and not a mere asset to be passed on to the highest bidder,” Sutay said.

“As the second oldest political party in the country, NCP has a rich history and we don’t want to die just like that. The party has suffered a lot during the first republic with some of our supporters, including our leader Sheriff Mustapha Dibba spending months in jail while others were killed in prison during the 1981 aborted coup. If we allow the party to die, we will not be doing justice to these people. We are calling on all the party supporters to come together in peace and tranquility,” he said.

The IEC could not be reached for comments on the matter but the newly-elected leader of the party, Lamin Dibba said there is no division in NCP. “The two parties who were involved in the previous rival congresses and their leaders namely, Majanko Samusa and Yahya Sanyang, were both at the congress and before the congress itself, I contacted the IEC to inform them about our plans to hold the congress on the 13th of March. So after that, we called a meeting where the majority of us agreed for the congress to go ahead as planned,” Dibba said. He said the former faction leaders Majanko Samusa and Yahya Sanyang are now the party’s national president and administrative secretary, respectively. “So the rest of the members who feel their views were not honoured must realise that in any democratic process, the majority has the final say. This is democracy because we had put everything to vote and the majority voted ‘yes’ for us to go ahead with the congress. Delegates of the party came from all over the country to attend the congress and the IEC was represented. Why then should IEC nullify our congress? For what reason? For us, we are moving ahead because under my leadership, the party will not be distracted by issues of non-merits.”

Dibba also denied claims that the party has been sacrificed to the NPP. “The party is still existing as an independent entity and has not been surrendered to anybody for whatever reasons. But as far as we are concerned, we will continue supporting the coalition government which we are very much part of,” he said.