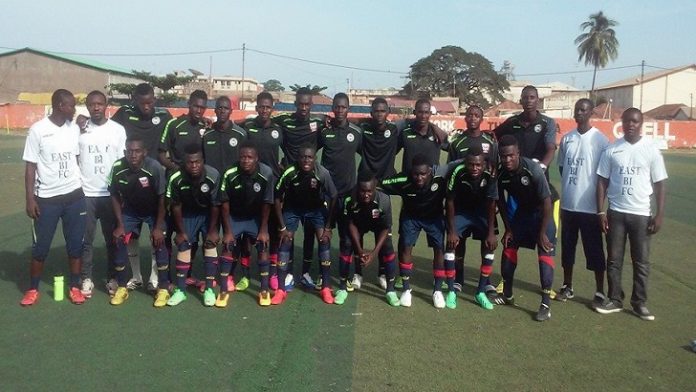 The recent public row over the ownership of Second Division side East Bi- Football Club may not have been entirely resolved as claimed by the Gambia Federation in a statement issued Thursday.

The GFF said its legal committee has come up with evidence that there is only one constitution of the club registered at the Attorney General’s Chambers and that Joseph Sambou and Alieu Jobe are the CEO and Secretary General respectively and that those two are the legal representatives of the Club as far as their findings have established.
When The Standard contacted Malick Camara, one of the parties to the matter, he replied that he has seen and read the GFF statement and would come up with his response at the ‘ right time’.”I am however curious that even though I was copied by the GFF, no mention has been made in their statement. But, like I said, I will give a reply when the right time comes, ” he concluded.

Below is the full statement of the GFF on the matter:
Following the protracted dispute of ownership between two competing parties claiming rights over Sere Kunda East Bi Football Club, the Gambia Football Federation wishes to inform the general public and football stakeholders that the matter has now been resolved.
The GFF Executive Committee has forwarded the matter to its Legal Committee for redress upon receiving the claims of rights over the club by two different parties. The Legal Committee no sooner sat on the matter and has concluded its recent meeting as follows:

1. From the totality of the evidences presented by the parties and the club’s files at the GFF regarding the dispute, it is confirmed that there is only one registered Constitution with the Attorney General’s Chambers for Sere Kunda East Bi Football Club which identifies Mr Joseph Sambou as the CEO of Sere Kunda East Bi Football Club and Mr Alieu Jobe as Secretary General.

2. Amongst other findings, the Committee has further reviewed all the correspondences between Sere Kunda East Bi Football Club and the GFF and the only person who has been in communication on behalf of the club is Mr Alieu Jobe as Secretary General of the club.
In light of the above circumstances, the Gambia Football Federation has concluded that the proper legal representatives and rights of ownership of Sere Kunda East Bi Football Club are Mr Joseph Sambou as CEO and Mr Alieu Jobe as Secretary General.

The usual cooperation and understanding of the general public is highly solicited in this regard and the club will now go ahead with their League Div Two Fixtures as scheduled by the Competitions Department of the GFF.

Real de Banjul started the new season with a 2-1 victory over Talingding United Friday. But the spectacle was more present in the scenery...
Read more
- Advertisment -