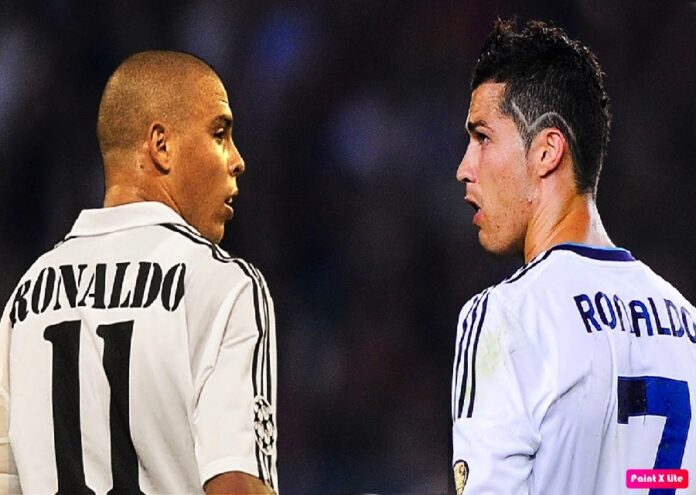 In the pantheon of footballing superstars, a name like Ronaldo is quite familiar. Both Ronaldos are players in the very heights of perfection and celebration. Although they’ve similar qualities ranging from skills, pace and firepower, winning individual accolades and trophies, and having both played for the Los Blancos; many people would still tell you that the real Ronaldo is from Brazil.

R9 won the World Cup and Ballon d’Or twice but only to be eluded by the prestigious Champions League crown, whereas CR7 never won the coveted World Cup, but did win the Ballon d’Or and Champions League on a stylistic five occasions apiece. Whatever the case may be, we are sidelining that debate at least for now. The focus is on Cristiano – his relationship with Real Madrid. Do you know that we now call him Bamba?

Bamba’s move from Real Madrid to Juventus few years ago after his nine years stint with them evoked an unrestrained volume of brouhaha and fuss in the footballing world – from erudite managerial boards, punditical footballing panels and elite footballers, all the way down to fanatical fan base. Inasmuch as it was a merriment for the Old Ladies, the Los Blancos were left in indelible shock and disappointment. This is the transfer that sunk a sharp knife in their hearts! If there’s that one thing they’d never forgive Fiorentino Perez for, it must certainly be his letting of Bamba go.

When Bamba won everything with Manchester United and eventually left for Real Madrid in the summer of ’09, the world was entirely his, and everyone else was living in it. At the Santiago Bernabeu, the Madrid kingdom rested and reestablished under his shadow and prominence shortly after the emotional departure of Raul Gonzalez. After inheriting that famous number 7 jersey from Raul, he started going out of this world. Expectations of the potential shambles in a sans-Raul Real Madrid side were rebuffed by the instant hit of Bamba. By and by, he reinstated the winning mentality in the Los Blancos, rekindled their spirit, and restored their familiar holistic quality alongside his numbers that were always heading north.

Summing his masterclass, Bamba would go on to win everything with the Madrid club after nine seasons. Being a key figure in a usual star-studded Madrid side is a great thing to be reckoned with. But perhaps continually emerging as the club’s top scorer in each of those nine solid seasons is even more applaudable and master-classic. But again, such feat remains a normalcy for a genteel man in Bamba.

Inspiring his club to win its record-setting tenth Champions League title somewhere in Cardiff in 2014, he would go on to win three more same crowns in just four years, all in style and grand. It was during this time that he folded and held Europe in his commanding hands whilst his feet and head were running the goalscoring spree. During this period, the Champions League was exclusively his show.

Having ultimately inherited Raul’s jersey, he went on to shatter and better virtually every other thing associated with Raul – ranging from goals, accolades to fame – but more significantly, dispatching him off as the club’s all-time top scorer, and even his being the all-time top scorer of the European Night. Ruthless Bamba. Ah, call him Pachichi if you like. But in the famous apothegm in “When you go to Rome, do as the Romans do,” Cristiano Ronaldo had always been committed to Real Madrid. He’s played for them to his last sweat and blood at all times across all levels. He’s won everything for them that they ever needed to win. He had them going on a rollercoaster, otherwise it wasn’t easy for them as the quality of the then-Barcelona side is beyond description.

By and large, there’s no loyalty in football. Don’t tell me Neymar didn’t betray Barca. What did Cesc Fabregas do to Arsenal? Go on to ask Robin van Persie about his move to Man. Utd. But again, if you’d ask Ryan Giggs, John Terry, Francesco Totti and Paolo Maldini, it’d be a different story. Nevertheless, we aren’t sourcing them as our yardstick when we talk about ties pertaining to loyalty. Even Carles Puyol, Paul Scholes and Steven Gerrard can all attest to that.

Loyalty in football is largely a bandwagon fallacy. If the Los Blancos could have the effrontery to blatantly disregard Bamba in the wake of other placebo-like footballers like Neymar and Mbappe, and having the guts to not renewing his contract with mega money; the only deserved reward they can get out of it is certainly signing shambolic players like Vinicius Jr and Luka Jovic. Isn’t it ridiculous?

The manner in which Real Madrid betrayed Cristiano Ronaldo is utterly abhorrent. Everyone knows that, unless if they’d want to ally with bandwagon propaganda. But at Juve, that Madrid-esque thug life is in nonexistence. And still, the gem in Bamba is hella flourishing and deffo enticing. This is why Lang Laibo holds the belief that, when life gives one a lemon, they should make lemonade. For the fact that he is the all-time top scorer for Real Madrid in the LaLiga and in the Champions League just to acknowledge few, Bamba and Real Madrid are entangled as football and betrayal are equally inextricable.

Batou Saidy is a Public Health Officer and a writer. He’s studied Public and Environmental Health at the University of The Gambia. He’s a football fanatic who integrates his profession with writing.