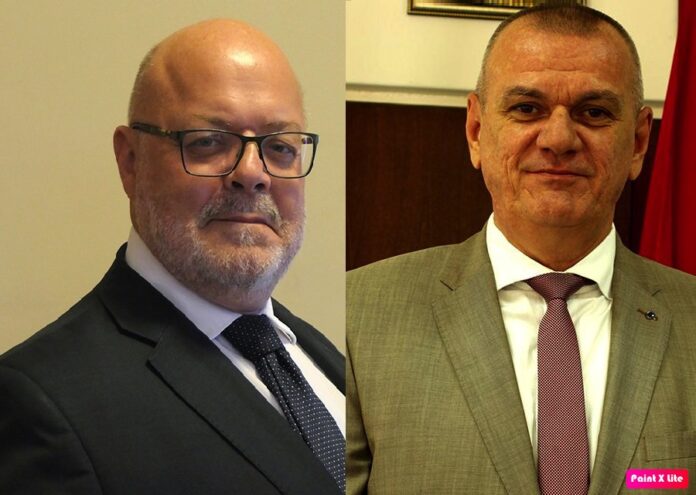 The EU Delegation, the United States Embassy, the British High Commission and the German Embassy in The Gambia last evening issued a joint communiqué, urging members of the National Assembly to vote the draft bill on the revised constitution to progress to the final stages of parliamentary scrutiny.

The communiqué from the quartet stated: “The draft constitution is the result of extensive consultations with Gambians across the country and in the diaspora, with significant investment of resources, intellectual discussion and debate by Gambians from all walks of life.

“In order to consolidate the hard-won democratic gains in recent years, it is vital to the credibility of the current transition to truly democratic, accountable government that the people of The Gambia themselves are given the opportunity to vote in a referendum on the new constitution. Denying them that opportunity is to deny one of the most demanded objectives from the 2016 election, and risks signalling abandonment by this transition government of one of its most significant commitments to the Gambian electorate.”

Meanwhile, after an 11-hour long debate, the members of the National Assembly adjourned the debate on the second reading of the Constitutional Promulgation Bill.

With only four more members to complete the debate before voting on it, the NAM for Upper Fulladu proposed a motion for the suspension of the debate to today. It was seconded and approved by the visibly work-wearied legislators.

Earlier in the debate, about a score of lawmakers addressed the chambers.

Member for Busumbala, Saikouba Jarju, said as far as he understood, the 1997 Constitution barred the National Assembly from passing any law that is retroactive. He also called for the inclusion of upper age limit for the president.

Jarju also contended with the draft provision that gives the National Assembly powers to impeach the president. He said it has made it easier to impeach a president than to remove a chief justice.

Member for Kantora, Billay Tunkara, said the draft constitution should explicitly criminalise same-sex marriage. He also suggested the inclusion of a provision to control the operation of the media in the country.

Nominated Member Majanko Samusa bluntly told his peers: “I am not going to support this bill and I am disappointed with the CRC for coming up with such clauses. Even if parliament approves this I will campaign against it during the referendum.”

Member for Fulladu West, Dawda Kawsu Jawara stated: “If we have to touch anything in the draft, it has to go back to the people because what is in the draft is clearly the people’s views.”

Opprobrium ensued in the chambers after the representative upbraided a number of lawmakers who interrupted him while rising on a point of order. Jawara’s comments of “Come on guys, don’t be silly,” provoked a spirited exchange with the members.

In his intervention on the debate, Member for Central Baddibu, Sulayman Saho pointed out that “it is not a battle between the 1997 and the 2020 draft constitution” and that “to do an abortion on the draft here is catastrophic”.

Representative for Upper Saloum, Alhagie Mbow, said he was not in support of a presidential pardon that would give convicts an unconditional clean bill of health. “The president should not be able to do that – only the courts should be able to do that,” he said.

The member for Wuli East, Suwaibou Touray said President Adama Barrow should be asked whether he is in support of the draft constitution. He said while the draft is not a perfect document, it generally captured the aspirations of the people through an inclusive and independent process.

“I will encourage the president to end this issue and give this constitution a chance by just making a statement to declare his support for the constitution he initiated and the debate will end,” Jaiteh said.

Jaiteh argued that the two-term limit provision in the draft constitution has generated lot of controversy because the drafters have gone further to say that Barrow’s current term is included in his two terms and his supporters seem to have issues with that.

“This is very funny to me because this is a president who came into being as a transitional president for three years – he is now serving five years and he is the president who initiated the draft constitution. He is the president who wants to limit the terms of future presidents to two but he doesn’t want to limit his terms to two. If one is preaching something you ought to be the first one to practise it. He should be the one to set an example for the entire nation and for the entire Africa. It will be a great legacy for him if he starts this in Africa.”

The Assembly is expected to reconvene this morning to wrap up the debate and vote. If passed, the draft bill will proceed to the Assembly committee for further scrutiny and make amendments on certain clauses.

If it fails the vote this morning, it will be returned to the CRC to start all over again.