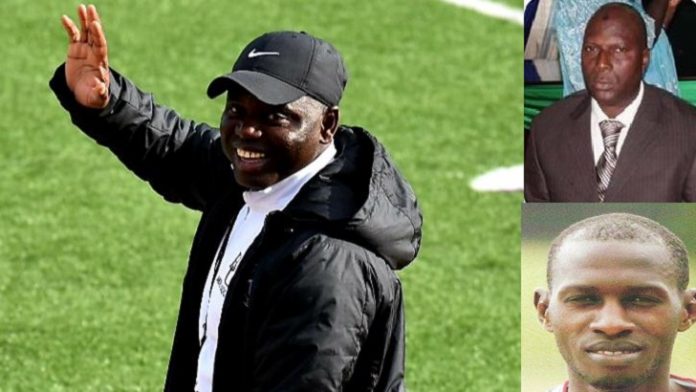 Malang Jarju, a former Scorpion and now Uefa Coaching B License holder has advised Gambian players to be hungry and ambitious when playing for the national team.

Speaking to The Standard, Jarju a native of Kitty and former Real de Banjul ace said the reality in Gambian football is that there is a need for players to be self-motivated and hungry to achieve success.

”When Jatto Ceesay was playing for Willem II, he had raised the bar for us and became a great inspiration for all of us to work even harder.

If our current players too follow suit they will serve as inspiration to the future generation of players and many scouts will come to The Gambia looking for talents,” Jarju said.

”Let them be hungry and settle for no less than victory and success. We should by now have regular players in the Premier League, La liga, Bundesliga etc”, he said.

Jarju continued to state that the Gambia Football Federation leaders should only stay in office for one or two terms as the job is not for only one person.

“When they stay too long in office they end up becoming a family or company. And Gambians must try to elect football people into the Federation, ”he said.

Jarjue who also played for the Under-20 was a Wallidan fan but played for Real de Banjul and won a league Cup. He also featured for Flamemins FC and Interior FC at club level.

The star was one of the best players to come from the Serekunda East Zone which represented in the zonals for many years.

He played in The Gambia U20 after being given his debut by coach Alagie Sillah and his last game for the Scorpions was in 2003 in Ivory Coast.

He was remembered for his memorable brace for Canon FC against World Eleven despite coming on with a broken hand.

Jarju, who was born in Kitty was scouted by the late coach Bonu Johnson who recognised his immense talent.

Jarju said he will be happy to work for any Gambian national team.

“My ultimate dream is to coach one of the national teams of the Gambia so that I can share my experience and knowledge.” he