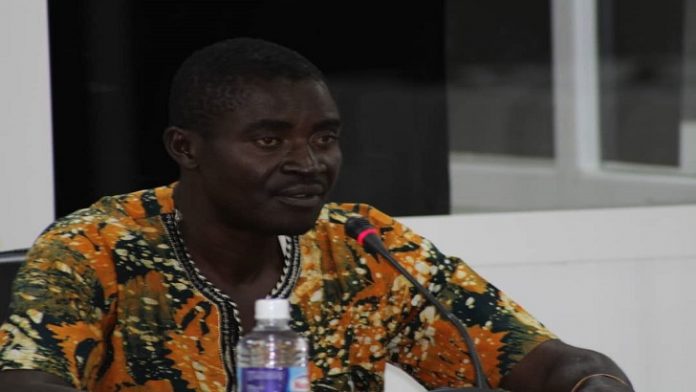 Ex-Private Darboe said these officers except for Barrow, Faal and Nyang, were taken to the Brikama firing range and executed by the council members before their corpses were taken to Yundum Barracks and buried in a mass grave.
He said four junta council members as well as Peter Singhatey and Momodou Badgie, the current National Security Adviser, were present at the barracks and the execution ground. Badgie had earlier disputed his presence at or involvement in the executions.

Darboe explained: “Lt Barrow was shot in the head at Yundum Barracks with “Dot” Faal lying in a truck with swollen head with blood oozing from his mouth and nose. Sergeant Fafa Nyang was buried alive in the presence of the council members. They were buried in the same pit they dug at the Yundum Barracks.”
He recalled that Lt Barrow and his team had planned to attack and seize the State House but the information was leaked and prompted Barrow’s transfer from Yundum to Fajara Barracks.

Earlier in his evidence, he said to the best of his knowledge, the officers were not executed by a firing squad but “were butchered”.
Darboe who said he was in the thick and thin of the 22 July 1994 coup, said the plan was that upon arriving at State House, Lt Yahya Jammeh was to fire shots in the air and demand President Jawara to surrender. He said he was armed with a rocket propelled grenade and was “ready for war”.

“Our mission was to seize State House, kill our opponents or die. Sana Sabally assigned me and Sergeant Ousman Sonko [later Interior minister] to disconnect international telecommunications facilities at Gamtel. At Fajara Barracks, Lt Barrow assigned us to drop some ammunition at Yundum Barracks and Denton Bridge while Jammeh and other officers were at around Mile 2,” he explained. He said when they stormed Fajara Barracks, they fired shots in the air and advanced towards the armory.

He also recounted that on the eve of the coup while awaiting President Jawara’s return from his extended stay in UK, Lts Jammeh and Singhatey were disarmed by RSM Jeng, and noted that to the best of his knowledge, Nigerian soldiers in the country played no part in the coup.

Darboe said Lt Barrow was supposed to be the chairman of the military council but he declined much to their surprise.
A video was played of an interview with Jammeh after a mock execution exercise at yesterday’s session. Sittings continue today.