RSM Jeng explains how Jawara, cabinet, to be executed 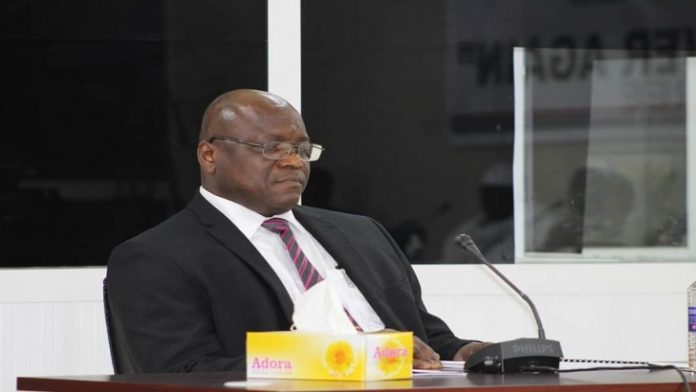 A former regimental sergeant major (RSM) of The Gambia National Army, Abubacarr Jeng, Wednesday revealed to the TRRC that former president Jawara and his entire cabinet were billed to be executed during the 1994 coup.

Jeng recalled that live ammunition was purposely loaded by the mutineers to execute Jawara and his entire cabinet, Samuel Doe style, at the Yundum airport as they welcome him from a trip to the United Kingdom. (On 12 April 1980, Master Sergeant Samuel Doe led 17 non-commissioned officers and soldiers of the Armed Forces of Liberia in a violent coup d’état killing President William Tolbert. Thirteen of Tolbert’s cabinet ministers were publicly executed by firing squad on 22 April at a beach near the Barclay Training Centre in Monrovia.)
According to Jeng, the aircraft bringing President Jawara was supposed to be bombarded as it prepared to land.

November 11
RSM Jeng also gave a detailed account of the soldiers executed by the junta on 11 November 1994. He recollected that Lt Basirou Barrow was shot in the head by Edward Singhatey at the Fajara Barracks while “Dot” Faal was executed at Yundum Barracks from a volley of shots, noting that EM Ceesay was stripped naked and pleaded with his executors to allow him to say his last prayers which he did before he was killed.
The rest of the other officers, according to him, were taken to the Brikama firing range and executed by Edward Singhatey, Peter Singhatey, soldier Lamin Fatty and others. He claimed that the execution was ordered by Vice Chairman Sana Sabally who was “a trigger-mad soldier”.

Detention
He said on 23 July 1994 he was taken to Mile 2 Prison by the former army chief, Colonel Ndure Cham. “I was placed in a 3-metre cell with a sealed door and was completely shut down for weeks before I had access to people and a shower. During my detention, I was in solitary confinement. I had no choice in terms of food. It was [Council member] Yankuba Touray who kept denying my family to see me anytime they requested despite all efforts they made. It was Yankuba Touray again who advised the council not to allow me to attend the burial of my daughter who died while I was in detention,” a tearful Jeng told the commission.

At the end of his evidence, the retired RSM appealed to President Barrow to fulfill the promise he made to the soldiers during the 2016 political impasse.
He called for the restructuring of army and provision of better facilities for the soldiers. Jeng advised the soldiers to also “give back to the country” and said in his estimation, The Gambia has no external, rather, an internal threat.