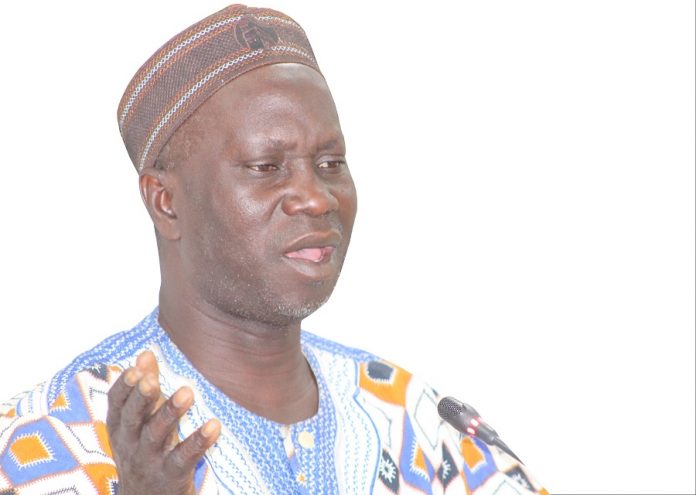 A former steward has told the TRRC that former president Jammeh himself would order the footage of torture sessions of his victims.

Ebou Jarju testified yesterday: “Anytime the hit squad of Jammeh are conducting torture on someone, they will reach out to Jammeh on the phone to hear the cry of the victim. But as time goes by, Jammeh later realised that the torturers will pretend, and it was then that he asked a cameraman to be taking the footage and send them to him to watch later.”

Jarju said that Musa Jammeh, a military enforcer, once called the president in his presence during the torture of Tamsir Jasseh at the NIA. He said the president wanted to know whether Mr Jasseh said anything, and when informed he didn’t, the president instructed he should be taken to “the room” where he would be made to talk.

Maltreatment of guards
Mr Jarju narrated that the former Gambian leader normally used mosquito spray on guards’ faces, pour ice-cold water and beat them with a whip anytime he finds them sleeping on duty.

According to Mr Jarju, the president would sometimes give “a nasty slap” to his driver whenever he is throwing packets of biscuits from his moving stretched Hummer limousine.
He further told the commission: “It’s not only interesting working under Jammeh but scary because he will always take workers to the NIA for torture. This is a man who is a serial liar, extremely wicked, a demon, unpredictable and who pretend to be a good man and a saviour who gives out money. But anytime he returned to State House he will insult and do the worst things anyone could ever imagine.

“One of the lies he always said to the public is that he doesn’t take dinner but he will wait until 3am or sometimes 6am and will asked to be serve dinner. Jammeh is never truthful, he always lies, and he is [like inclement] weather. He would insult bitterly. Calling someone a bastard is like drinking water to him.

“Anytime the presidential convoy goes out, there will be a number of deaths. I remember one of the orderlies once commented that someone should talk to the president [Jammeh] to consider the people dying during the presidential tours because of the throwing of biscuits. The following day she was transferred. I can confirm that Jammeh is always aware of the death anytime his convoy hits and kills someone because there is a radio communication in the car that me and Jammeh boards but he will never bother to stop or visit the victims’ family, or pay condolences.”

Jarju claimed that at least 20 people were killed by President Jammeh’s convoy and he “did not show care or remorse” a single time.

Paranoia
He said Jammeh was constantly paranoid about the bad things he does and that was why he never sleeps during the night and would organise nocturnal “get-togethers” just to keep him company, as he was wary of someone attempting to kill him.
“Jammeh never wanted anyone to associate with someone that he had a problem with or does not trust. Jammeh does not want anyone to know him very well and if you work under him for a while, he will want to get rid of you at all cost, and the security are ready to do anything just to please him,” Jarju said.

Spiritual water in Nawec tank
He said Jammeh use to sprinkle fetish water on foods during his festivals to make people like him. He explained: “Jammeh will put concoction in his left-over food and call upon a senior officer to eat it. This could be one of the reasons why despite whatever bad he does to them, they would still be loyal to him. At a point, Jammeh sent a staff member of Nawec to put a concoction in a Nawec water tank but the man refused and was fired.”

Mr Jarju was arrested and detained at Mile 2 central prison for over four years for allegedly putting concoction in the food of Yahya Jammeh. He was never charged or appeared before a court.