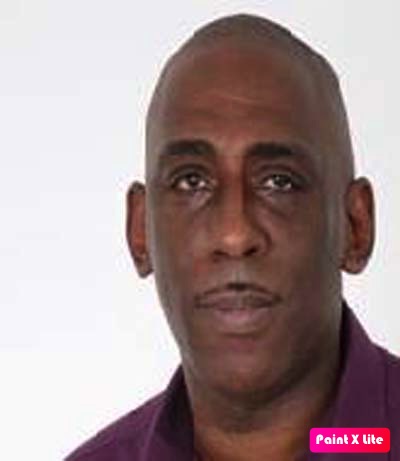 A respected security expert with over 33 years of experience in private security and intelligence, has warned that ‘corruption and government’s naïve perception of peace’ is a serious threat to Gambia’s peace and stability.

“I would accept that when you come to The Gambia compared to other countries it is the most welcoming country. But there is strong notion particularly pushed by ministers and people in position that Gambia is a peaceful society which it is true to a significant degree but I also believe they are been naïve,” Dr. Perry Stanislas an Assistant Professor Policing and Security at Rabdan Academy London school of Economics and Political Science told The Standard.

The professor, who is currently in the country on a visit, said peaceful countries in other parts of the world are able to sustain their peace because they have systems, processes and mechanisms to do so.

“It will appear to me that in many African countries and Gambia in particular – you put your faith in the hands of the Gods. But you should realise that crime is not dictated by the nature of man – people are not born criminals and there is nothing unique about Gambians different from other human beings to assume that because Gambians are peaceful now, they will always remain peaceful. That is very naïve,” he observed.

Professor Stanislas said his family comes from the Island of Saint Lucia, Eastern Caribbean. “They never knew crime. My people have no concept of crime … people live their doors open. It was a paradise but you go there now people kill each other for a dollar,” he said.

He said Gambia “is not the only place in the world which boasted about this reputation of being peaceful. That is naïve. We need to keep Gambia peaceful by having proper well-led and credible policing institutions”.

“I am sensitive to the challenges of this government who on one hand doesn’t want to be seen to be vindictive against its previous incumbents or those who are involved. But the implication is that if you do that in terms of policing and security – you will never have legitimacy. If you have people who the public believe have blood in their hands in positions, that is dangerous,” he said.

The Professor said the incidents in Sanyang and Faraba are clinical examples that the government should not be naïve.

“I have no doubt that you have very good police officers in this country. I met many of them but the best officers in the world cannot do a good job in a poorly run and poorly service institution,” he said.

Commenting on the country’s state of corruption, Professor Stanislas argued: “You cannot have maintained security in a highly corrupt country because the implication is that you don’t have security. If I can buy information or pay a police officer to exercise their discretion in the wrong way – then you don’t have security. Corruption creates a situation of lawlessness because you can pay somebody and I can pay somebody”.

Corruption, he added, “is a cancer in development. The late Tanzanian President John Pombe Magufuli was so loved because he attacked corruption”.

Professor Stanislas also leads the Police Research Team at De Montfort University and currently serves as a technical advisor in the area of disaster and emergency planning for the charity Humanity Concern Foundation the Gambia who are developing a comprehensive strategy to mitigate and respond to a range of safety issues.

He also worked as a consultant, advisor and trainer to policing and private security organizations around the world in the Caribbean, Africa and Latin American countries and England.