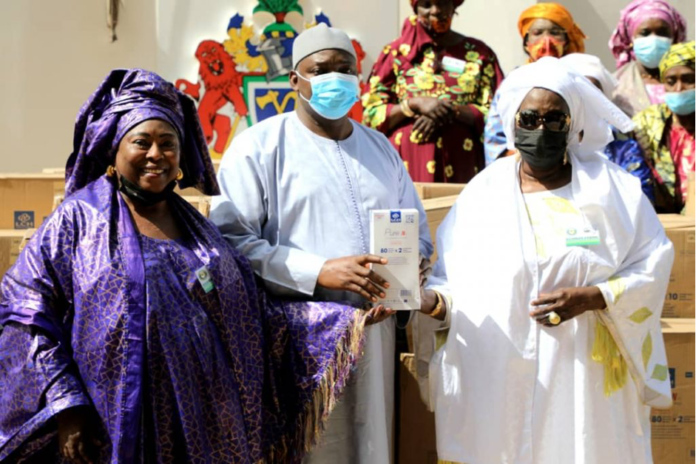 The delegation was led to the presidency by Aja Ndey Conteh–Jallow, who commended President Barrow for the massive improvement in the country’s health sector, adding that the donation is to compliment his government’s efforts. Mrs. Conteh–Jallow said the Barrow government has created an enabling environment for women to explore existing opportunities and upgrade their economic status in the country.

The President shared his government’s plan to construct and renovate fifty (50) health facilities as well as introduce community ambulance services across the country, as previously announced during his last dialogue with the people tour.