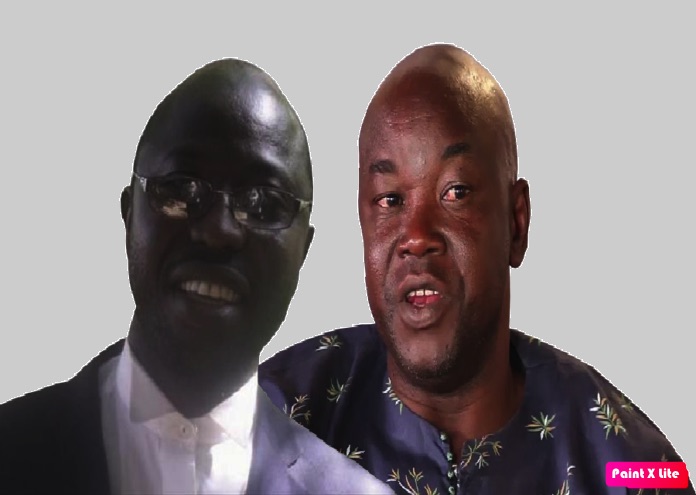 Human rights lawyer Assan Martin has reiterated his corruption allegations against the Barrow administration, and reacted to comments made by presidential adviser Dou Sanno.

Mr Sanno had challenged the lawyer-politician “to come out with proofs” after he made a slew of remarks condemning the “rampant corruption and litany of failures” in the Barrow administration.

Lawyer Martin said Gambians should not give the president a fresh mandate in December. However, his comments were countered by Mr Sanno who challenged him to substantiate the grim allegations.

“Only in The Gambia you have a so-called presidential adviser who can’t even read the newspapers, who doesn’t know what policies and programmes are – very sad for our country,” lawyer Martin said.

“I think he should first open books or go to the nursery school and start from there,” he added.

He said Mr Sanno’s appointment as deputy political adviser to the president is “a corruptible act and disservice to the nation”.

He argued: “Somebody who can’t even spell his own job portfolio, or words such as apple, orange or cabbage; maybe he even uses his thumb to sign documents. How can somebody like that be appointed deputy political adviser to the president?“

Speaking further, lawyer Martin mentioned a series of issues that have plagued the Barrow administration as evidence that corruption is pervasive in the government.

“Evidence one, we have seen and heard the Minister of Health say the whole health department is corrupt. Two, we have seen the fisheries department and what happened there in terms of documentation, missing information, license and lot of things. Three, we have seen that procurement, tenders, government contracts awarded without bidding. The land ministry corruption in terms of dealings, money and government intervening, selling the national reserve lands with no justifications. President Barrow having given out vehicles when his annual salary is less than 4million dalasi, but provided over 50 fleets of pick-ups that each costs 2million dalasi.  And his failure to come out and be transparent and tell us the sources. All these are acts of corruption in government. Mr Sanno should go and learn to understand that,” Mr Martin said.

Asked about the allegations that he lobbied for a position in Barrow’s government, he said: “I have never in my life asked Barrow for any position. He would have liked me to do politics for him in KM but I refused the bait. Personally, I have no qualms with President Barrow, only his competence I get issues with.”