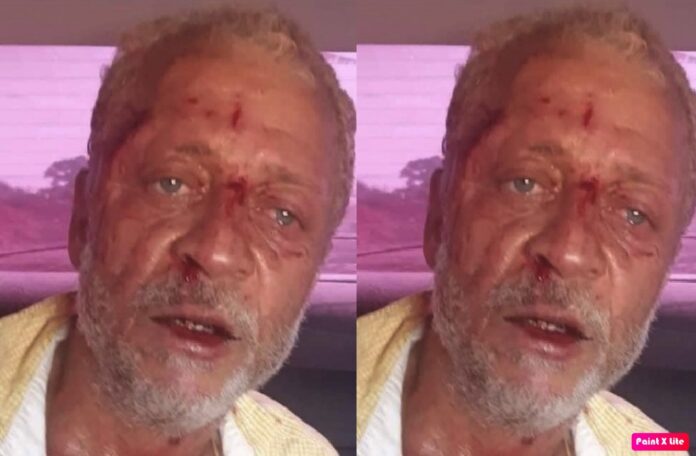 A freelance journalist based in Guinea Bissau suffered extreme physical harm when he was attacked and his tongue cut out by unknown people on Tuesday.

António Aly Silva accused the element of power to be behind his kidnapping and aggression on Tuesday night.

Antonio has maintained that he will continue with his work as a journalist despite the attack that almost took his life.

“I have pain all over my body, I didn’t sleep at night. My head is all sore, my jaw, I can’t eat, I just drank milk. They cut my tongue, at least they didn’t cut it all, but there is a part that lifts,” Aly Silva said.

The journalist is currently receiving medical treatment in a private clinic in Bissau,” the non-governmental human rights organization said in a statement.

The Guinean Human Rights League also said it had contacted the police authorities who said they were “unaware of the circumstances surrounding this criminal act.

“Guinea-Bissau is a democratic rule of law where freedom of expression and information is the cornerstone, and any offense resulting from the exercise of this fundamental right must be prosecuted under the laws in force in the country,” it said.

The journalist is a supporter of Domingos Simões Pereira, a candidate defeated in the 2019 presidential elections.

He is also an author of the blog “Dictatorship of Consensus” and had accused the international community of agreeing to a coup in Guinea-Bissau.