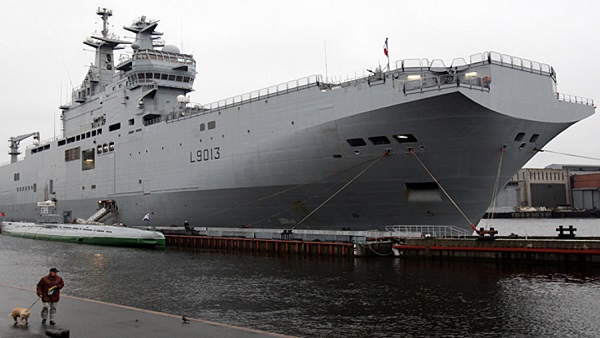 French offshore patrol vessel, Commandant Birot deployed on the Corymbe mission off the western coasts of Africa and docked at the Gambia Ports, is set to boost the Gambia Navy in their operations.

Lieutenant-Commander Maxime Leroy, commanding officer of the Commandant Birot, yesterday received the press onboard the vessel to discuss its deployment, specifically the maritime exercises conducted with the waterside countries of the Gulf of Guinea.
Speaking during the press conference held at Banjul ports, Commander Maxime Leroy said they will give some training to the Gambian Navy and as will exchange experiences on Maritime security issues.

“During our sailing period we would also contribute to the security of the sea line of communication. Our mission also aims to improve current bilateral relations with African countries and to establish new ones,” he asserted.
He said the ship has been deployed on the Corymbe mission almost permanently in the Gulf of Guinea since 1990.

“The mission objective is to participate in the protection of French interests in the area and to participate in the reduction of maritime insecurity, by helping western coasts of Africa navies to strengthen their capacity for action in the areas of maritime security and surveillance,” he said.
He said they are ready to share experiences and as well support the Gambia Navy.
He said they would also support anti-piracy efforts in Africa by participating in the on-going anti-piracy operations.

Meanwhile, Navy captain Sambou Barrow said the French Naval mission in the country is meant to strengthen bilateral ties between France and Gambia and that the visit will help in building capacity, capabilities and strengthen the Gambia Navy’s cooperation to fight common threat, saying illegal fishing in Gambian waters is the main challenge faced by the Navy.

“It will also avail us the opportunity to build a strong relationship with our French counterparts,” he added.