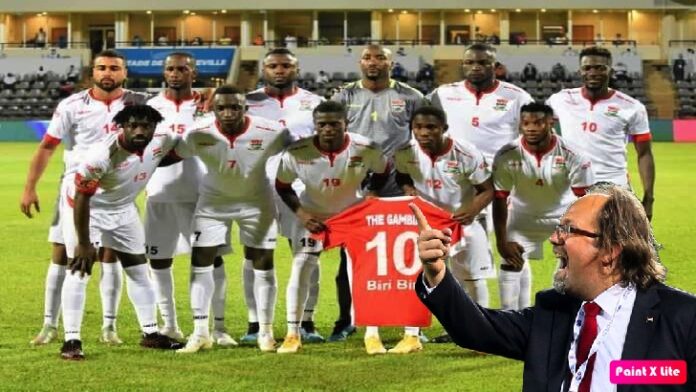 The Gambia Football Federation GFF has confirmed March 25 as the date for the African Nationas Cup qualifier against Angola. This will be followed in just a few days by the last match of the series, when The Gambia will travel to Kinshaha to meet Congo.

According to the GFF the Scorpions will lock horns with the Palancas Negros on Thursday March 25 at 16:00GMT at the Independence Stadium. The boys will fly almost immediately after the match to complete the journey on March 29 at Kinshasa’s Stade des Martyrs, in Congo.

The two matches are the only bottlenecks in the path of The Gambia in her quest for a maiden appearance in CAN. With The Gambia leading by goal difference over Gabon, both with 7 points, the statistics favour the Scorpions but they must win at home first to to keep the campaign solidly on course. That should not be hard given that they have beaten Angola 3-1 at their back yard in Luanda at the beginning of the campaign. The Palanga Negros, rooted at the bottom of the table with just 1 point cannot qualify but would be determine to revenge or avoid total humiliation against The Gambia, who need the match most.

If Coach Tom Saintfiet can repeat the win over Angola he would move to Kinshasa with ten points to meet Congo. This could be enough if Gabon beat Congo and The Gambia manage a draw in Kinshasa. However Congo, with just a one point behind is very much in the race and therefore has everything to play for whereby they can prove to be hard nut to crack for both The Gambia and Gabon.

Having said that, The Gambia will surely be home and dry with a win in both matches, meaning the Scorpions are facing perhaps the most important matches in the country’s history.