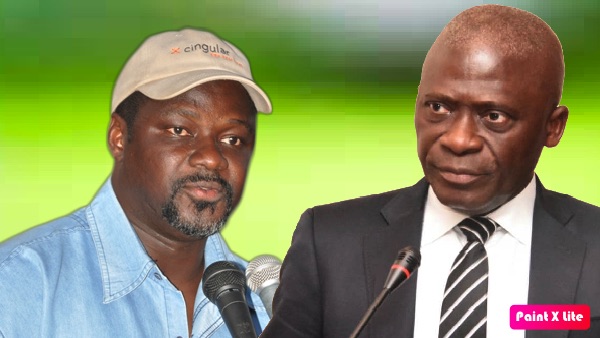 The Gambia has strongly denied Gabonese football authorities’ claim that they were maltreated in Banjul on arrival for Monday’s Afcon qualifier, which they lost 2-1 to the home side.

Addressing a news conference yesterday, GFF president Lamin Kaba Bajo said Gabon has literally sneaked into Banjul with a preconceived mind and went ahead to implement that strategy, which he said is principally to avoid a Covid-19 test. Mr Bajo also dismissed Gabon’s claim that they were detained at the airport, saying the visitors had refused to comply with a Government regulation to hand over their certificates on arrival.

”Even when they were allowed to go to their hotel too, they refused to be tested, even after I had advised their FA president Pierre Alain Mounguengui on the phone that it was better for them to comply with the guidelines of the Gambia Government which is above me and the GFF,” Bajo said.

He said the Gabonese delegation, from the Sports minister to the ambassador and national team, all avoided giving any information on their arrival, whereabouts or even transport, protocol, or diplomatic needs to their hosts, be it GFF or the Gambia Government, which he said is very strange.

Bajo posited that the GFF was only going by the Caf rules which stated that all teams should be tested before any match to protect players from infecting each other. “That is the Caf rule and that was what we were demanding,” he said. Bajo said the GFF had to reluctantly accept Caf’s ruling to allow the match to go ahead because otherwise ”we will lose as the points will be given to Gabon”. Bajo further revealed that contrary to claims the Gambian delegation suffered more from frustrations at both ends than the Gabonese delegation. ”Even to get them to tell us their arrival times proved a problem and we had to shuttle from town to the airport and eventually relied on Control Tower for information, all, so that we would not be found wanting in our role as hosts,” Mr Bajo said.

He disclosed that his delegation had been frustrated from the word go, with no timely correspondence on visa applications adding it took Caf’s intervention to get Gabon to approve visas for the Gambian team. ”While our people were there, they were subjected to mandatory test and we have made all our travel plans in out of Gabon known to them, yet and our flight back was delayed for well over a day because supposedly, no one was at Franceville airport,” Mr Bajo said.

On the issue of Sulayman Marreh , the Covid positive Gambian player Gabon accused Gambia of abandoning in Libreville, Bajo said the GFF had intended to keep an official in Franceville who would travel to Libreville to link with Marreh, but the attitude and uncertainty displayed by the Gabonese officials made it even unsafe to leave another man in an unknown land.

”However Marreh is our player and we are constantly in touch with him. It is not even true as claimed by my good friend the Gabonese FA president that they are the ones arranging his transfer to another hotel. We are doing all that and in fact we have contacted the Gambian community who are happy to check on him. However you cannot even be sure if anybody would be allowed to meet him,” Bajo lamented.

On the claims by Gabon that a former military officer and current vice president of the GFF was at the airport harassing them, Bajo said the Gabonese must be referring to Gen. Lang Tombong Tamba. ”But I think my friend, the Fegafoot president owes Tamba a big apology. Tamba was not even at the airport,” Bajo said. In conclusion, Bajo said all the correspondences and interactions with the Gabonese over this match are well detailed and documented, adding that the GFF has nothing to hide and are ready for Caf’s investigation.