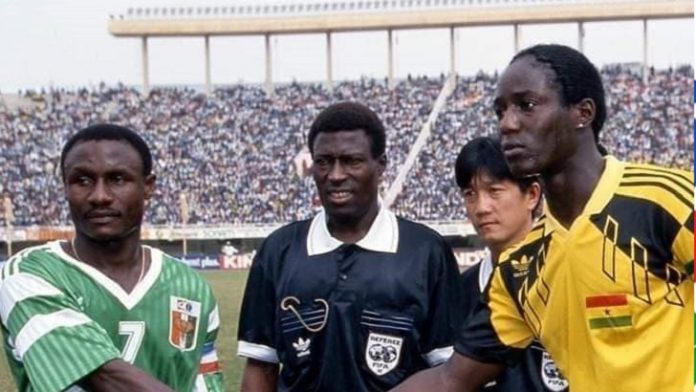 The Gambia Football Federation, GFF, yesterday led condolences from the Gambian football fraternity on the death of legendary retired Senegalese referee Alh. Badara Mamaya Saine who passed away Monday at his home in Rufisque, aged 71.

Saine was a respected former Chairman of CAF Referees Committee under erstwhile President Issa Hayatou. He came into refereeing in 1984 and officiated more than 75 international Fifa matches across the world.
He officiated the final of the Africa Cup of Nations in 1992 between Ghana and Cote d’ivoire played in Dakar, Senegal.

The late football icon is said to have impacted positively on the careers of many Gambian referees including Modou Sowe and Alagie Faye as well as three times African Referee of the Year Bakary Papa Gassama. In a condolence letter dispatched to the Senegalese Football Federation, GFF President Lamin Kaba Bajo described Saine as one of the best football brains of Africa
“This sad incident is in no doubt a sorrowful and great loss not only for FSF and Senegal but Africa and the world football family”, Bajo added.